Following two losses in the first two games of the 2021 NBA Finals, the Milwaukee Bucks have pulled it back after their latest win. Now, with four games completed, the series is tied at two apiece. Who will win the NBA Finals?

So far, the NBA Finals between the Phoenix Suns and Milwaukee Bucks has been very exciting for the neutral fan. If you’re a supporter of either team, then there’s no doubt that you’re also now a little nervous going into the best-of-three shootout with the other team. 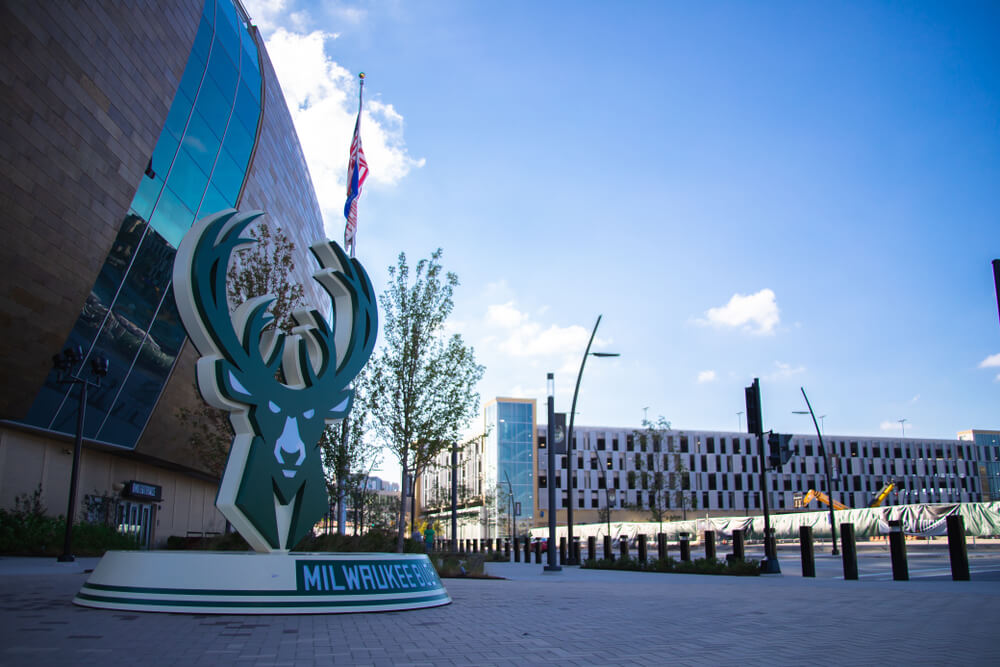 As well as the 10 in the final quarter, Middleton tallied up a total of 40 points in Game 4. Forward Giannis Antetokounmpo added 26 points overall, with 14 rebounds and eight assists.  It was a strong comeback for the Bucks, who definitely needed a win.

On the other side of the ball, the Suns’ shooting guard Devin Booker scored a total of 42, including 18 in the third quarter. Whilst not enough, it was an impressive performance from Booker, who has a major impact on the court.

However, Booker’s points were almost triple of the second-highest scoring Phoenix player last night. Forward Jae Crowder only managed to score 15 points, whilst Chris Paul and Cameron Johnson scored 10 each.

Giannis Antetokounmpo Shows Why He Was 2020 DPOTY

If you looked up the term ‘clutch block’ in the NBA dictionary, it would more than likely show you this clip. With the score at 101-99 in favor of the Bucks, Devin Booker pinpointed a lobbed pass directly to DeAndre Ayton for what seemed to be an easy dunk.

Unfortunately for the Suns, this was not part of the agenda for Giannis Antetokounmpo. With an incredible jump, the NBA star was able to get up and meet Ayton in the air, blocking the dunk in spectacular fashion. Check it out here:

It’s back to the Phoenix Arena (formerly known as the Talking Stick Resort Arena) for Game 5 of the 2021 NBA Finals. The Suns will be hoping that home advantage will play a part like it did in the first two games of the series, where they came away victorious.

Meanwhile, the Bucks will be looking to turn around the misfortune in Phoenix, Arizona in Game 1 and Game 2 there earlier this month. With the momentum of back-to-back wins to tie the series, they could have much more confidence going into this one. Either way, it’s a very highly-anticipate Game 5!

Now level at 2-2, we’re guaranteed to see a minimum of two more Finals games, and they’re going to be entertaining. If you want to take your excitement to another level, why not place a wager or two?

Check out our sports betting reviews, where we discuss all of the best online bookmakers offering NBA odds! We recommend checking out BetMGM – click here to find out more!