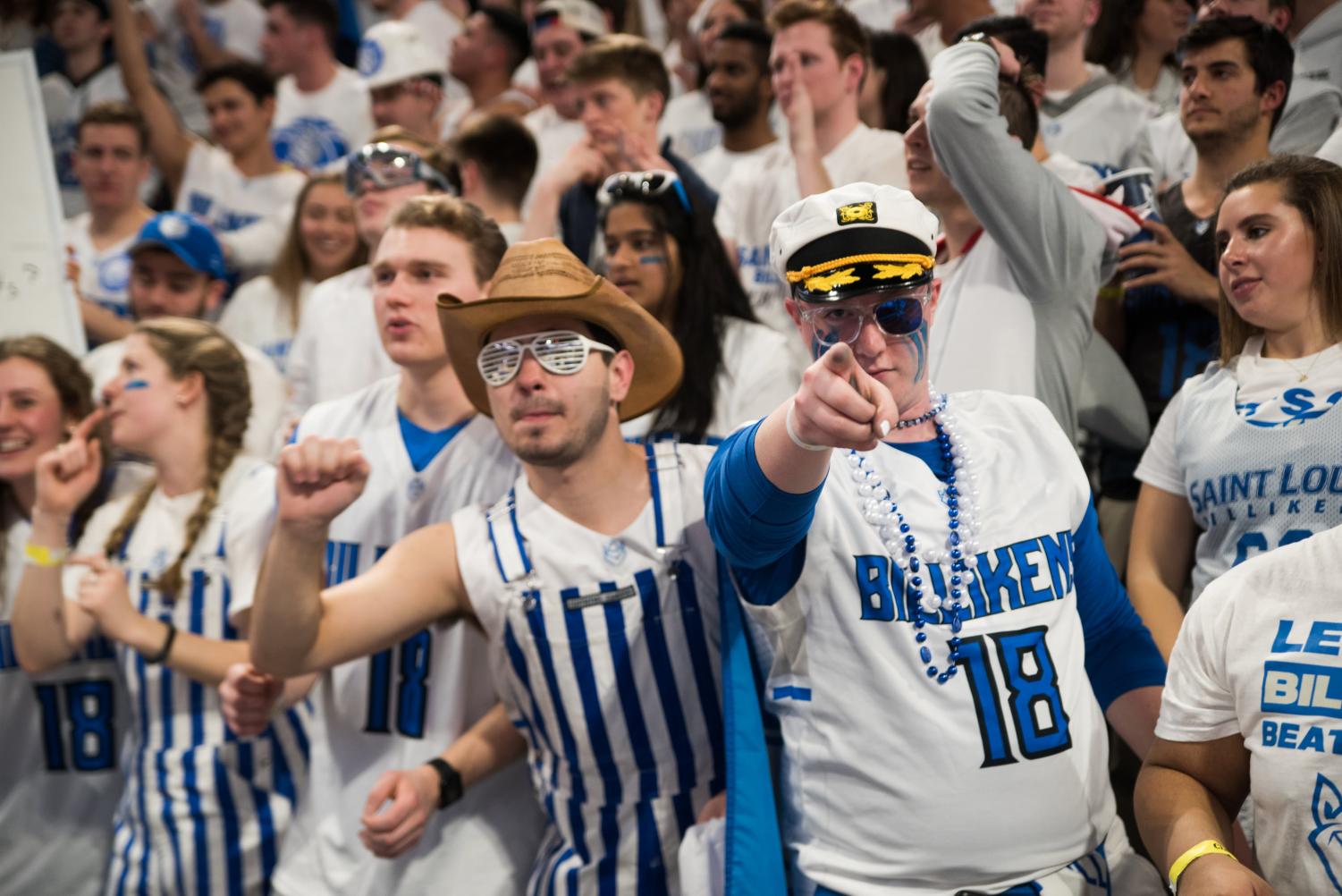 Ten-thousand six-hundred spectators flooded the stands at Chaifetz Arena to partake in the Billiken Blizzard whiteout. 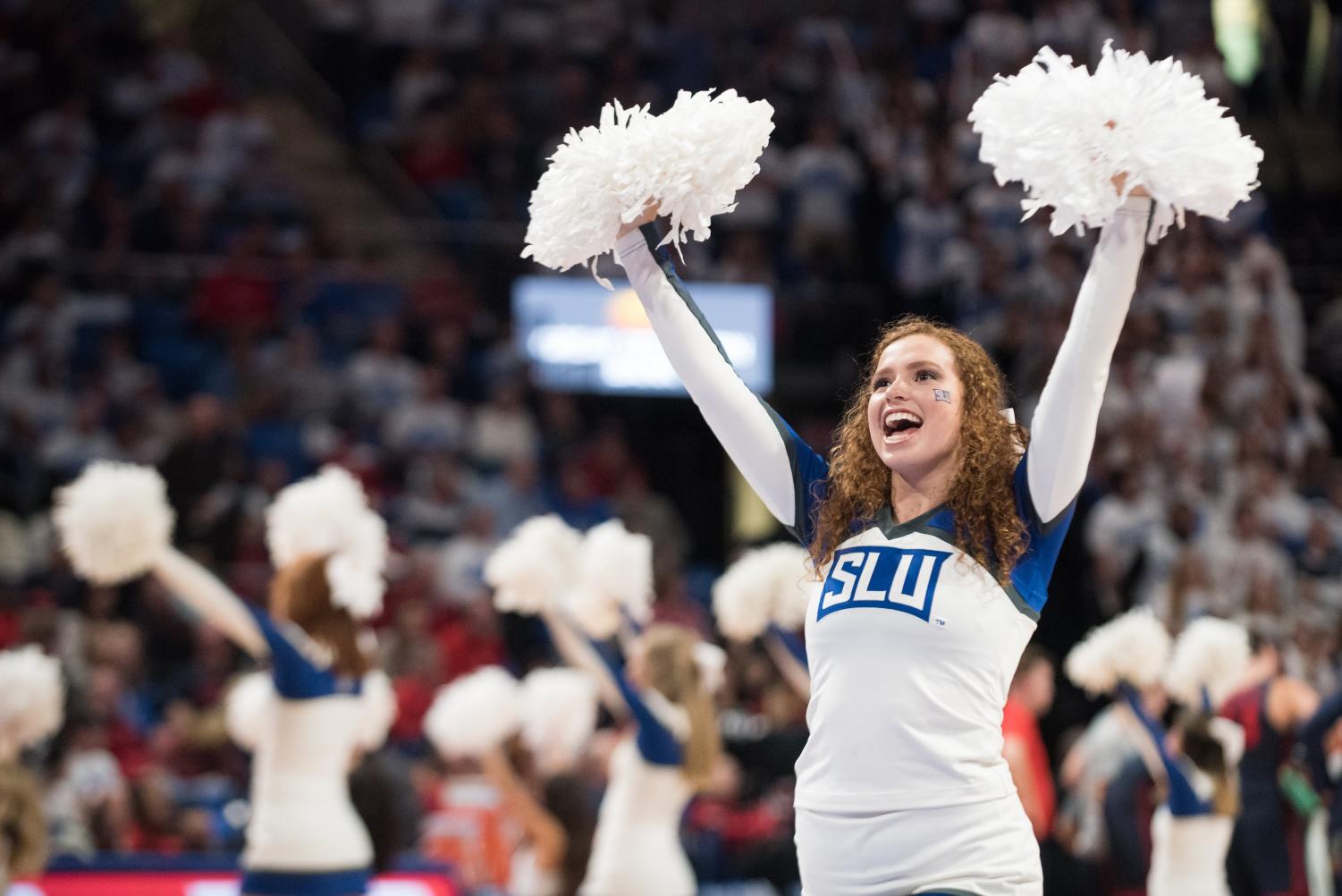 Cheerleader Julia Tillack waves her pom-poms to rally the sold out crowd at Chaifetz Arena. 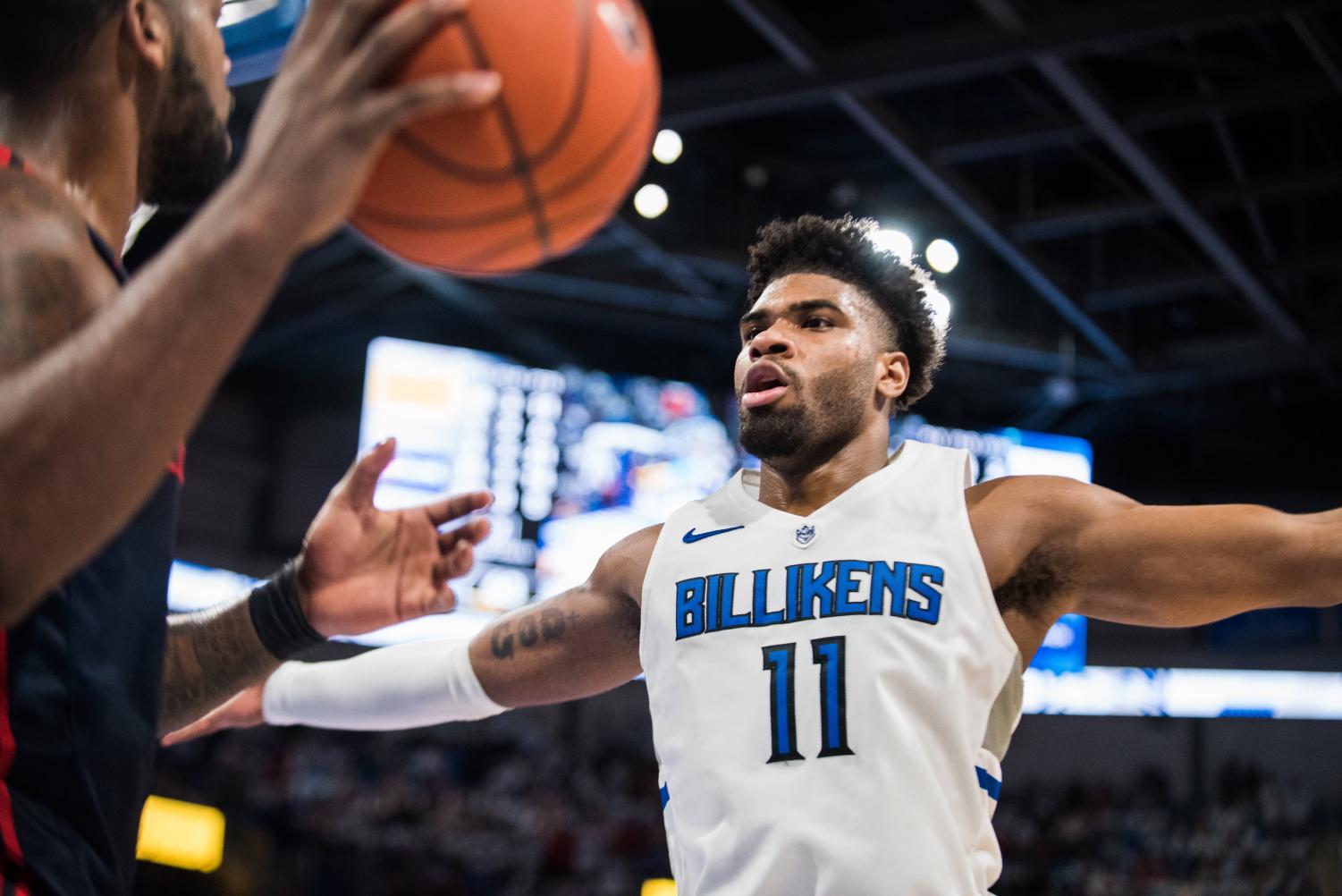 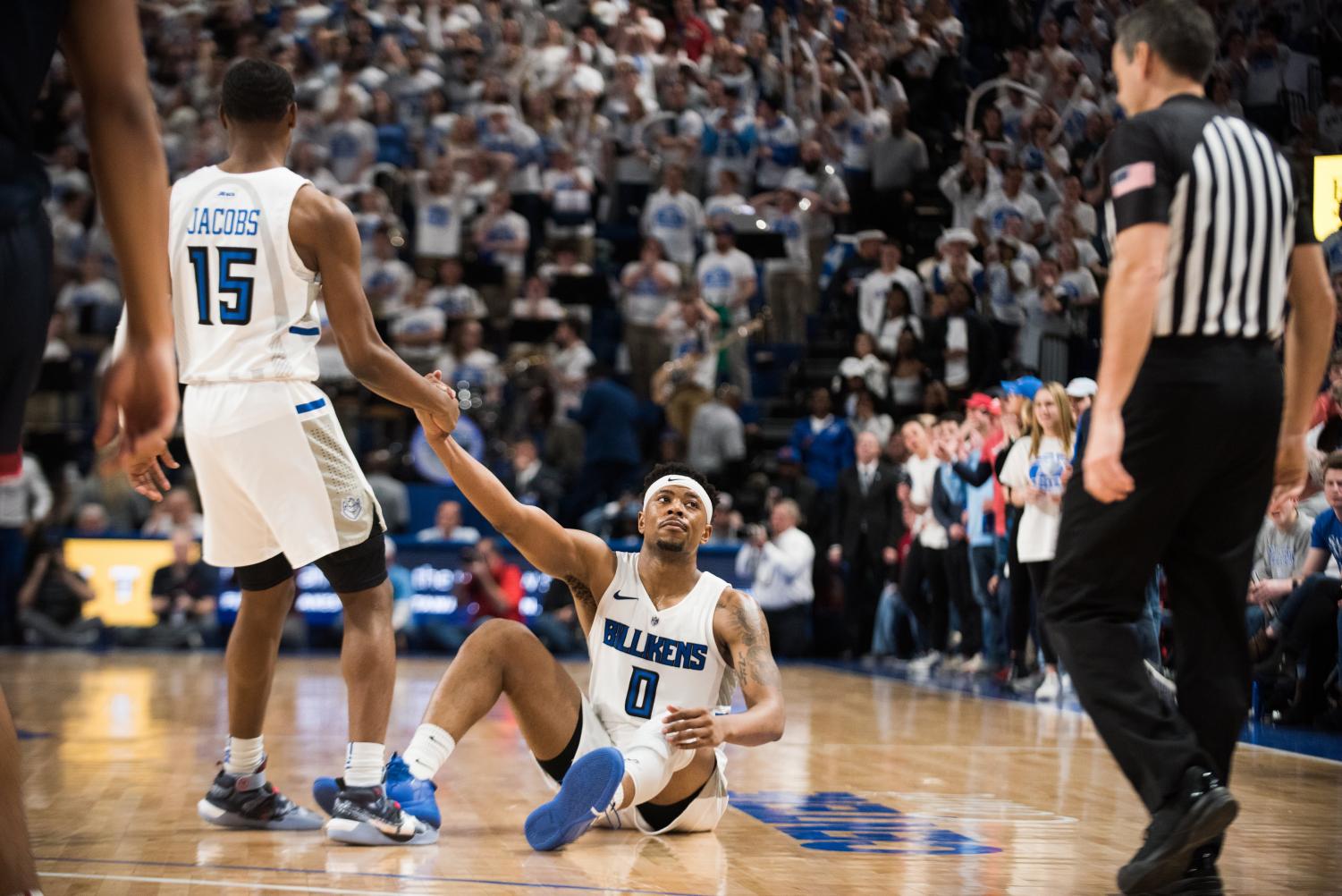 Demarius Jacobs helps Jordan Goodwin back to his feet after missing a shot. 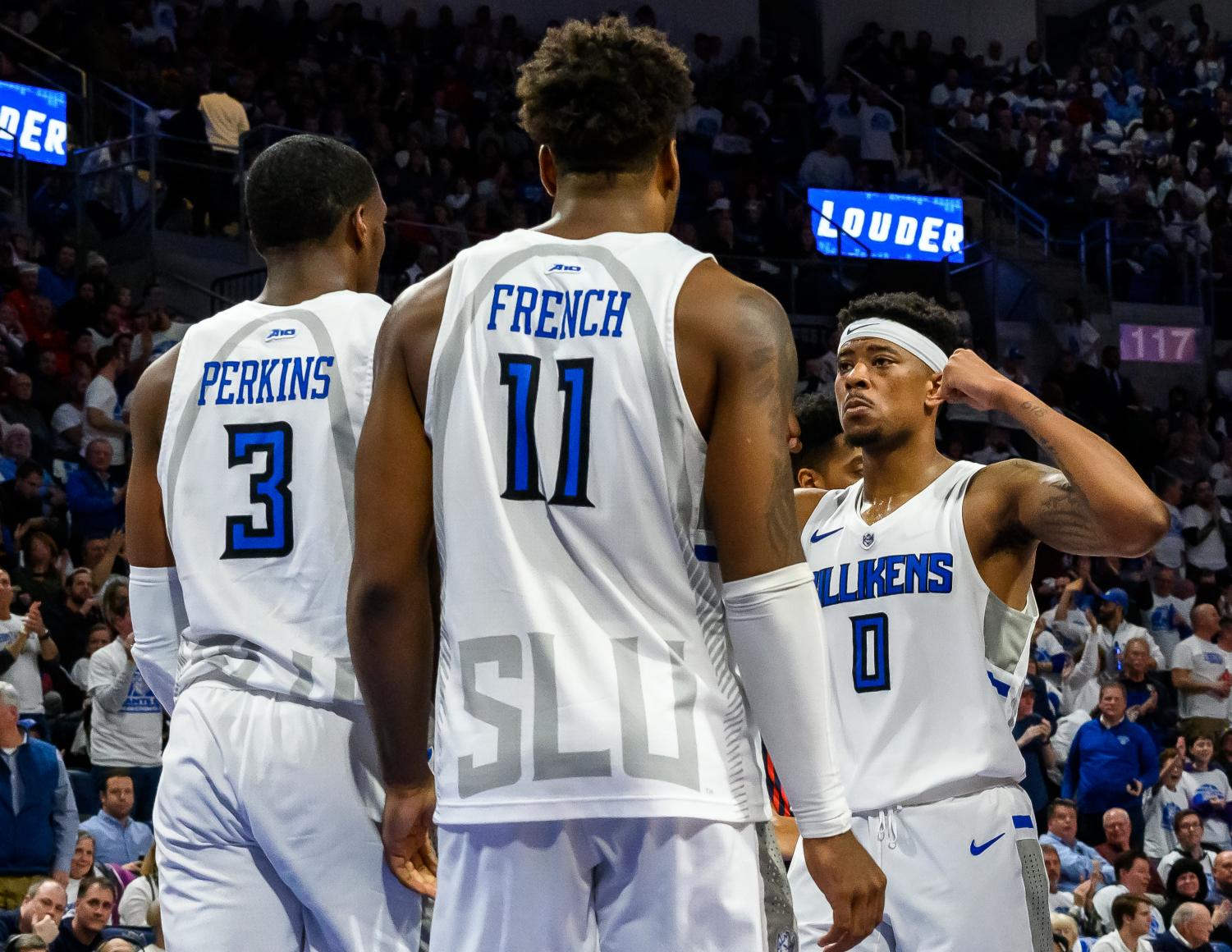 Jordan Goodwin flexes in celebration after Javonte Perkins draws a shooting foul from a Dayton defender. 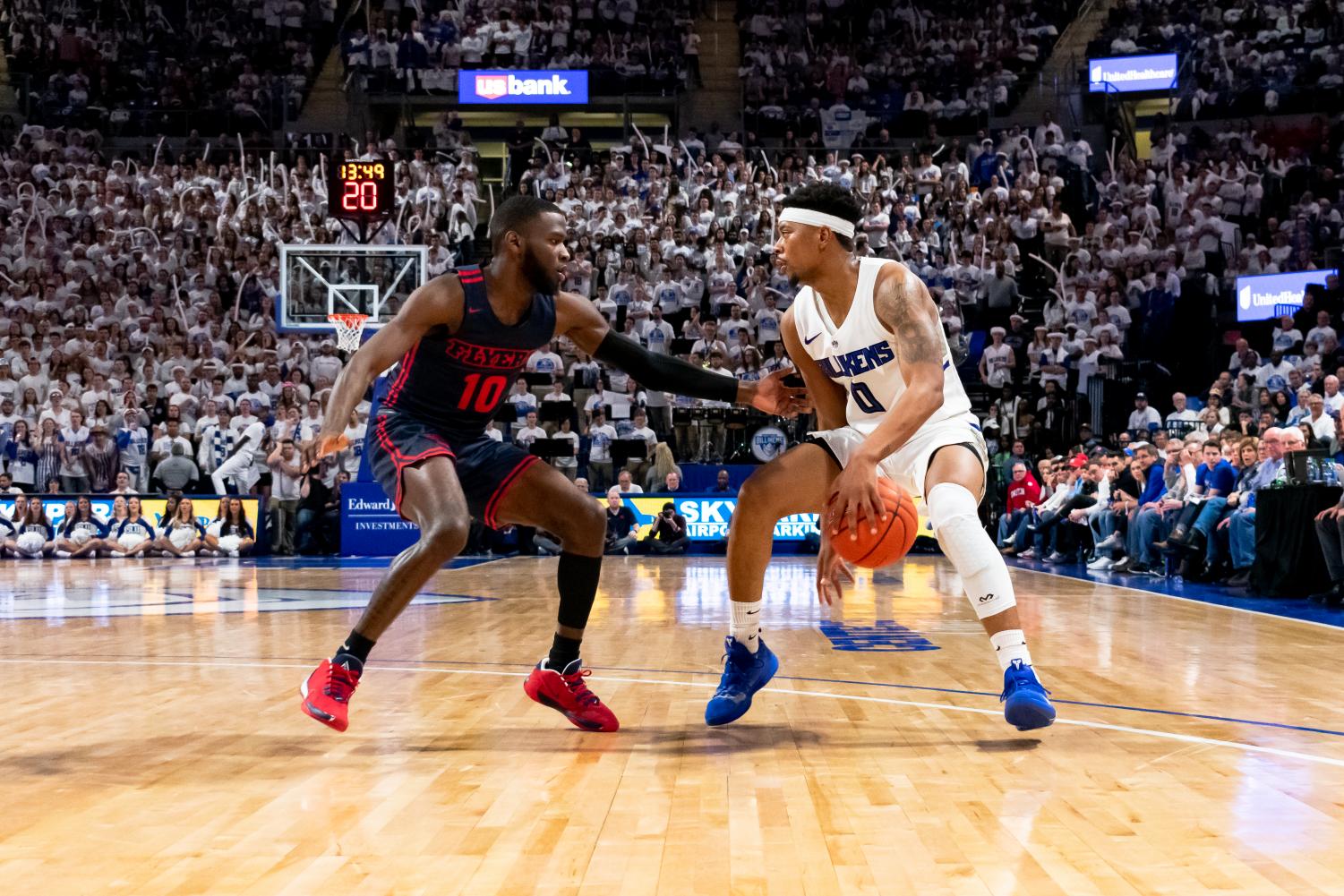 Jordan Goodwin dribbles the ball through his legs to get around the Flyer’s Jalen Crutcher. 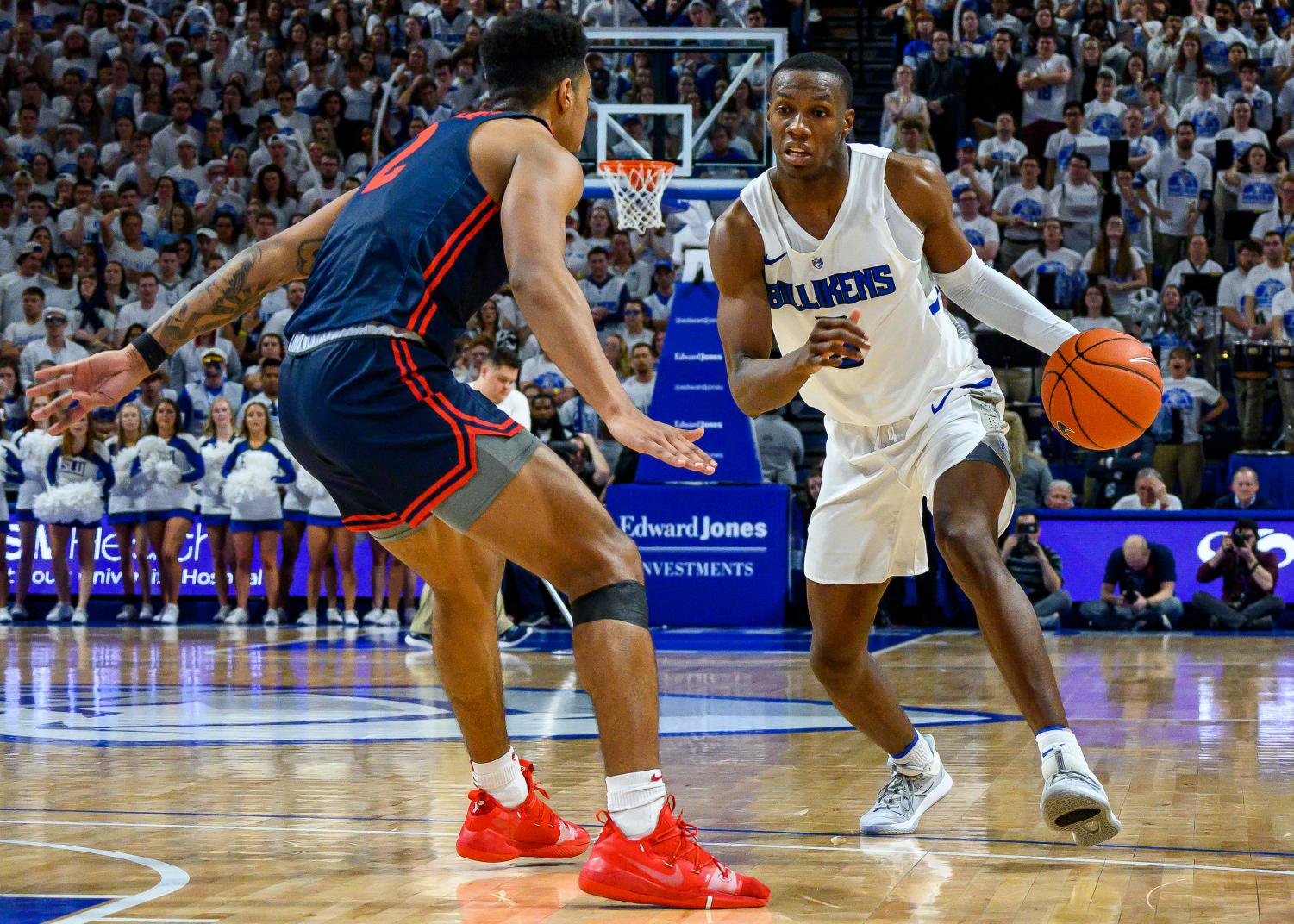 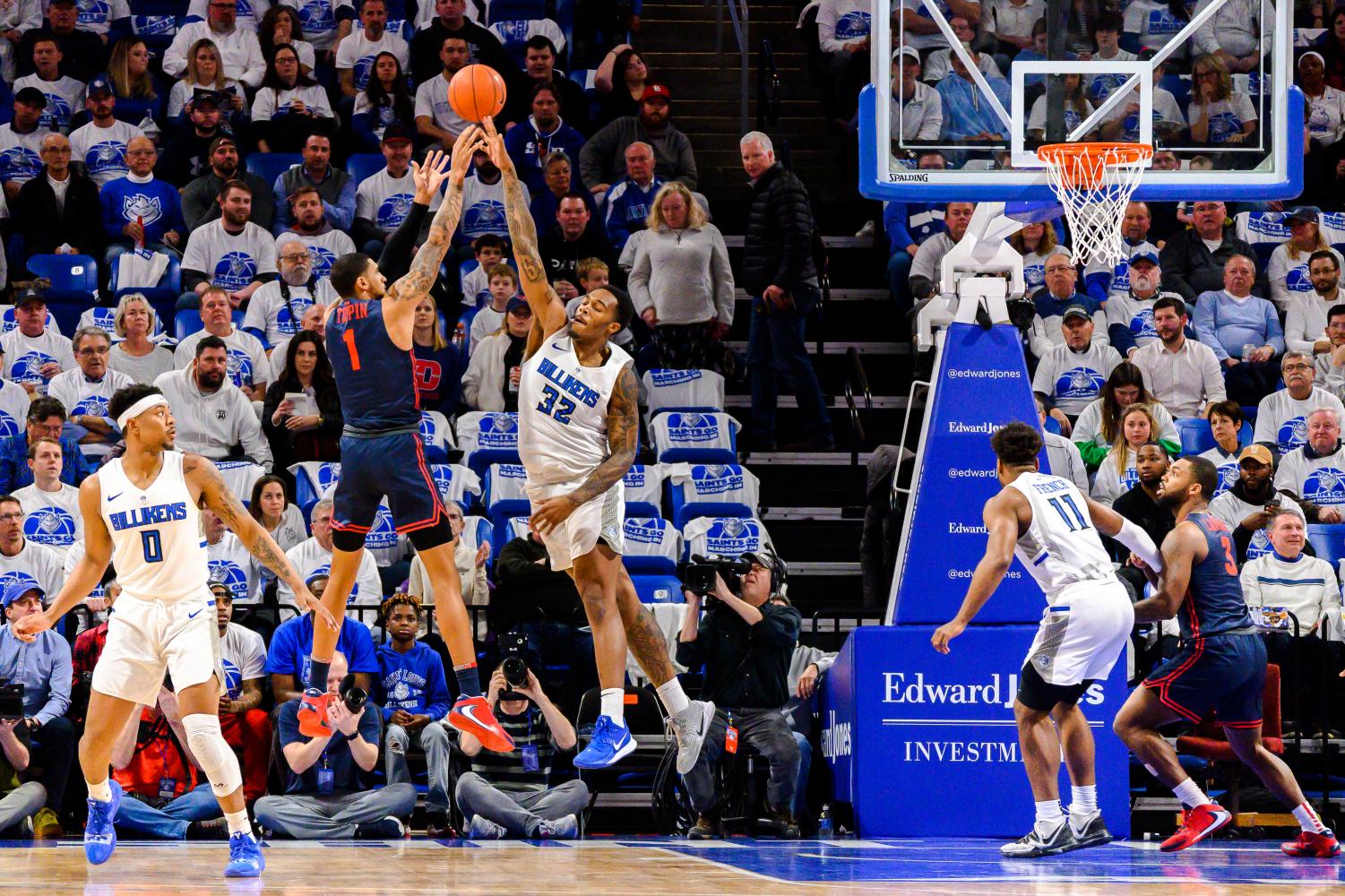