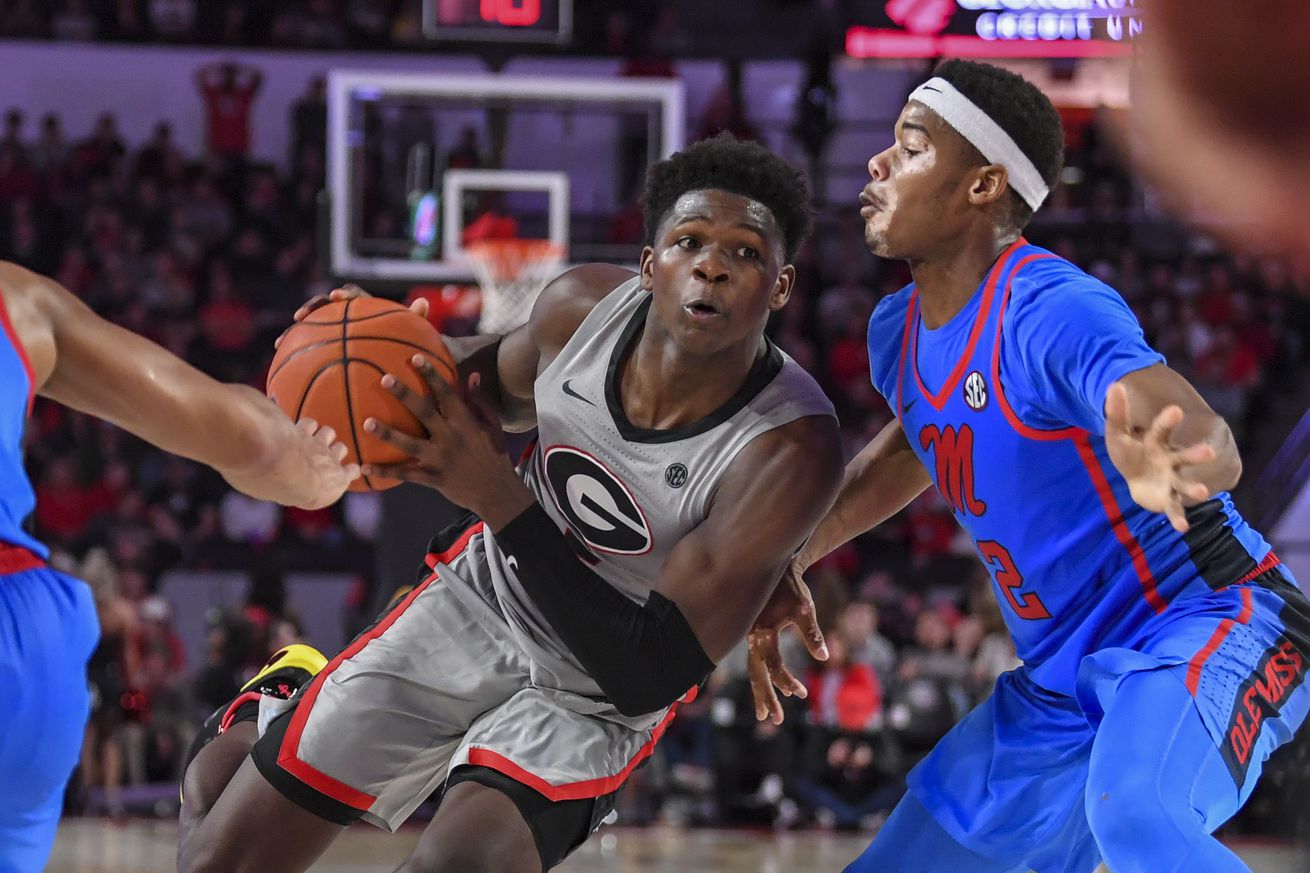 Tom Crean’s Bulldogs are a showcase for Anthony Edwards, but they’re at least intriguing. Can Missouri say the same about itself?

Back in 2017, when anyone other than Frank Haith or Bill Self would have been welcomed into Columbia with open arms, Crean and Martin were likely the two most discussed names across Missouri message boards and timelines. Martin had the local and stylistic ties, while Crean offered something fresh. His tenure at Indiana had flared out dramatically, but there was no doubt that he was capable of landing name recruits and coaching them to NCAA Tournament expectations.

Of course, we know which direction Jim Sterk ended up going. And while it’s still a little too early to say he made the wrong choice, there’s no doubt Tuesday’s match up comes at a time when Missouri basketball is trending downward.

We’ve spent a lot of time talking about how Mizzou basketball is fighting an apathy problem. Aside from the flash-in-the-pan that was 2017, the Tigers have been a decidedly unexciting team for the better part of the last decade. This season was supposed to be the first step out of that perennial cycle of subpar performance — “supposed to be” being the operative phrase. Instead, the Tigers have floundered, failing to capitalize on a number of impressive wins thanks largely to a fumbling offense and a talented, if inconsistent, defense.

The Bulldogs aren’t much better — in fact, KenPom says they’re worse — but there are signs of hope in Athens. Crean landed a future NBA guard in Anthony Edwards, and the Bulldogs downed Penny Hardaway’s celebrated Memphis Tigers earlier this month. At 11-8, Georgia isn’t exactly a threat to break into the top of the SEC, but they’re an intriguing team nonetheless. That’s something most Missouri fans would take any day of the week.

So Tuesday, Missouri gets a chance to prove that it’s not quite dead yet; that the scrappy team that pounded Florida and out-muscled Illinois is more than its recent slide. They’d better take it too, because with every disheartening loss, you can almost hear the shoulders shrugging across Columbia, Mo.

Note: These starting lineups are projected.

Do you know about Anthony Edwards, future NBA lottery pick? If not, you’ll learn about him on Tuesday night. The freshman is a house for a combo guard and totally dominates the Bulldogs’ offense. He takes a third of the shots when he’s on the floor (to only a 47.3 effective FG percentage, I might add), while boasting an admirable 21.1 assist rate to go against a lowly 14.5 turnover rate. He’s not a big deep threat (only 31 percent on the year), but draws a lot of fouls and hits at about a 73 percent clip. If the Bulldogs extend the Tigers’ losing streak, Edwards will likely have something to do with it.

He’s not the only threat for Tom Crean’s offense, though. Fellow freshman Sahvir Wheeler is a decent playmaker in his own right, owning the team’s highest assist rate. He’s not exactly an elite offensive weapon, but he’s efficient enough from two to be a slashing threat if you let him. Junior Rayshaun Hammonds is the team’s interior presence, boasting above average rebounding numbers on both ends of the floor. He’s also a sneakily good three-point shooter for a big— a combination that has been kryptonite for the Tigers this year. Toumani Camara is probably the best interior scorer in the Bulldogs’ front court, while Donnell Gresham is quietly the team’s most efficient offensive weapon overall — he gets to the line and hits his free throws and takes good shots from inside the arc.

Georgia’s bench isn’t the deepest you’ll see in the SEC, but it’s nothing to sneeze at either. Senior Tyree Crump is a three-and-D guard who’s having a bit of an off year from the former. But he’ll get his shots up and is bound to get hot every once in a while. Freshman Christian Brown can’t take care of the ball or stay out of foul trouble, but he’s a handful when he’s on the floor, shooting 40 percent from deep and boasting a team high free throw rate. Sophomore Tye Fagan and senior Jordan Harris are another pair of guards who pick their shots wisely (61.7 and 62.8 TS%, respectively.) Harris is more of a threat from deep and isn’t afraid to use his size to grab rebounds. Six-foot-eleven freshman Rodney Howard rounds out the meaningful rotation minutes, though he’s not much more than a rim protector — his 7.2 fouls per 40 minutes keep his minutes low.

When Missouri has the ball…

What to Watch | Just make some shots, damn it

Top-notch analysis, folks. That’s what you came for.

When Georgia has the ball…

What to Watch | Keep forcing turnovers

For all of Missouri’s faults since the start of SEC play, they have been noticeably better at forcing turnovers — they lead the conference in turnover and steal percentage on defense. Georgia isn’t the most turnover-prone team, but if you can get the ball out of Edwards’ hands, they become a much more volatile team. Wheeler has an assist rate over 31 percent, but also has a turnover rate about 27 percent. Everyone else on the roster is more likely to turn the ball over than get an assist, and it would behoove the Tigers to make sure Georgia is coughing up extra possessions.

Missouri 72, Georgia 69 | Despite Georgia’s somewhat impressive record (and their flashy win at Memphis), the Bulldogs haven’t fared much better than the Tigers this season. They’re 1-5 in conference play, have lost three in a row and have only played five true home games on the season (in which they’re 1-4). There’s no guarantee Missouri will break out of its current slide, and players like Edwards are always a threat to take over a game. But this is another prime opportunity for the Tigers to regroup and close out the back third of the season on a high note.