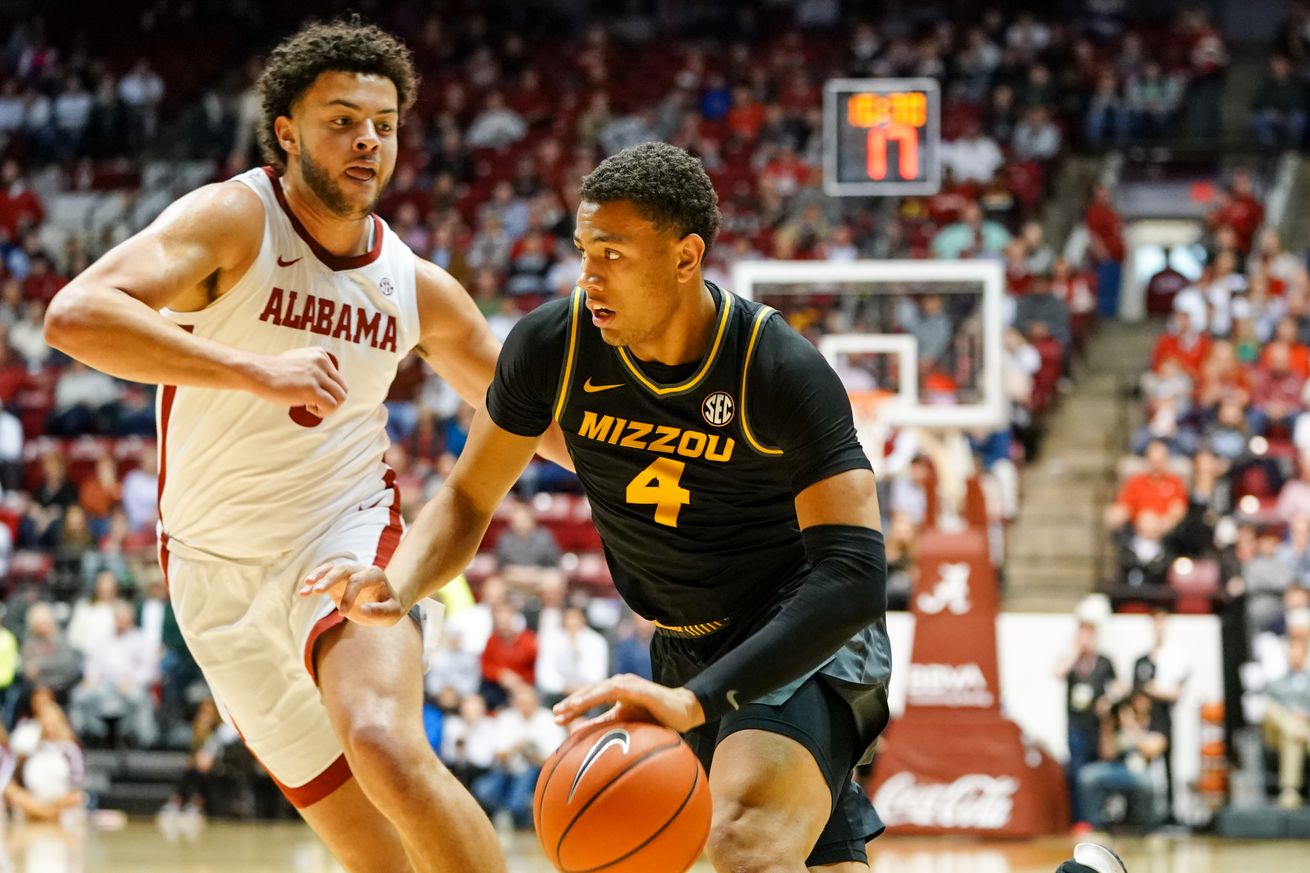 With a tough test against West Virginia on the docket for Saturday, the Tigers need to pick up a win over the Aggies.

Final: Missouri drops its third straight in the 66-64 loss. Mark Smith hit Parker Braun with a crosscourt lob and Braun kicked it out to Torrence Watson, but Watson couldn’t knock down the 3 for the game.

7:57 2H: Missouri is currently down 48-47. Dru Smith just nailed a runner and got fouled on the play, which was the team’s first made field goal in over 10 minutes. He also knocked down the free throw to make it 47 in a row for the Tigers, just 3 away from Wake Forest’s 50-in-a-row record from 2005.

11:17 2H: Missouri trails 46-40. The Tigers are apparently content with living or dying by the 3, and it’s been a lot closer to the latter this half. Missouri is 2-for-12 from deep in the second half, has only taken one shot from inside the arc (Reed Nikko’s dunk) and haven’t attempted a free throw after going 11-for-11 in the first.

Halftime: Missouri takes a 32-27 lead over Texas A&M to the break. The Tigers have upped their shooting percentages to 36% from both the field and from deep, which is far better than the 11% they had been shooting from both areas early in the game. Mark Smith leads all scorers with 11 points, and Dru Smith is the rebound-leader with six.

3:12 1H: We’re all tied up a 22. Missouri put together one of the slowest 12-point runs I think I’ve ever seen (6 minutes, 26 seconds) to take the lead. This game is not the most visually pleasing game you’ll ever watch.

7:50 1H: Missouri’s put together a nice 7-0 run to cut the lead to one point. Javon Pickett knocked down two free throws and a triple to end the field-goal-drought, and Dru Smith’s reverse layup at the 8:43 mark was the Tigers’ first made two-pointer. Missouri is starting to pick it up after a slow start.

It’s been a rough start for the Tigers in SEC play this year, and they’re currently on a two-game losing streak after dropping back-to-back games to Mississippi State and Alabama. The NCAA Tournament hopes are dwindling, and Missouri can’t afford to drop this game at home against Texas A&M.

The Tigers are heavy favorites over the Aggies, who aren’t really at the same level as Missouri first few conference opponents. A win would give the Tigers a small boost as they head into a matchup at West Virginia, but a loss leaves almost no avenue for Missouri to sneak into the Tournament in March.

Where To Watch: ESPNU | WatchESPN