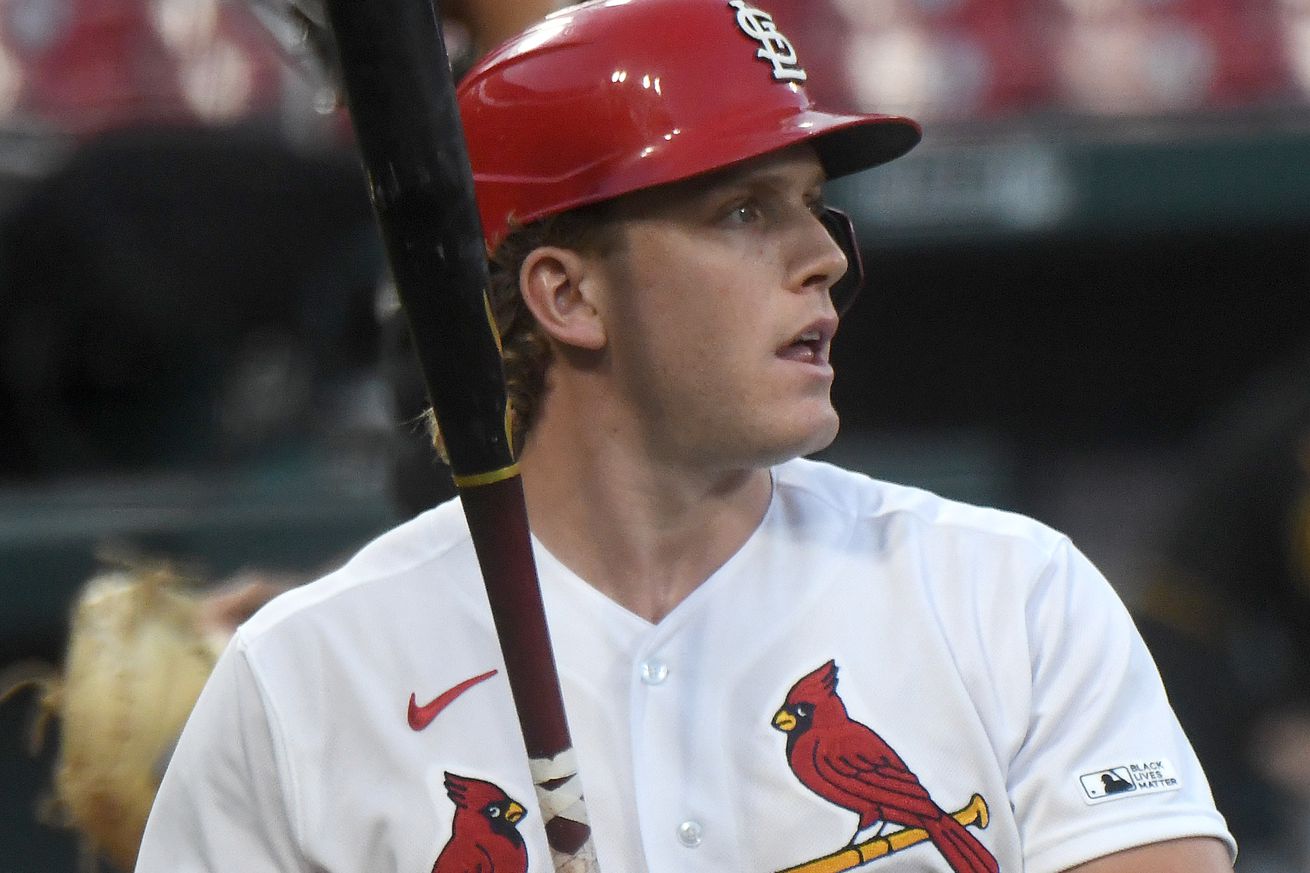 Did Bader have a down year? Does he struggle against righties? What’s become clear is that he simply cannot hit breaking balls.

Who is Harrison Bader as a player? In his 2+ years in Major League Baseball, there have been competing narratives.

Maybe Bader simply had the ol’ Sophomore Slump. Maybe while he was very lucky in 2018 (.358 BABIP) he was also very unlucky in 2019 (.268) and the real Bader will settle somewhere in-between. Maybe Bader is just more of a platoon bat who mashes lefties but struggles against righties.

You’ve probably heard most, if not all of these narratives floating around. And while some were always more plausible than others, the vagaries of baseball are such that it was hard to argue which story was the definitive account of who Harrison Bader is. But even just five games into this odd, short season, one narrative stands out above all the others:

Last night’s game was a perfect test case for these competing narratives. Bader was coming off a game where he did get his first hit of the season (on a 4-seam fastball). But he also was left in to hit at the end of the game off Sergio Romo, a righty who throws only sliders – the worst possible matchup for Bader. He struck out on 3 pitches to end the game.

That had Cardinals Twitter clamoring for Mike Shildt to bench Bader in favor of Lane Thomas, if not to break the glass and start The Dylan Carlson Experience. But lo! There was a narrative behind starting Bader again on Wednesday night. Twins starter Rich Hill was a lefty, and as the story goes: Harrison Bader mashes lefties.

Unfortunately, the Hits Lefties narrative is on life support. While Bader’s career MLB splits still show a platoon split in his favor, in 106 PAs vs. lefty pitching last season, he hit only a 64 wRC+. That was more than 20% worse than he hit righties.

There was a competing narrative ahead of Wednesday night’s game which Shildt should have paid more credence to. Rich Hill, while left-handed, is also the most curve balling curveballer you’re ever going to see. Last season, he threw his curveball around 50% of the time. He is the actual poster boy of the Breaking Ball Revolution.

Bader grounded out in his two PAs vs. Hill. He was lifted for a pinch hitter in the 8th when he would have faced righty Tyler Clippard.

Now look: I get it. One game or the first week of a season in no way tell you who a player is. But we’re talking narratives here. If you need a picture in your mind to tell you who Bader is: Think back to this Rich Hill game. As for the statistics? Oh, they back-up the Can’t Hit Breaking Balls narrative:

WE DON’T NEED TO SEE WHAT HE CAN DO. HE CAN’T HIT BREAKING BALLS.

Jason Hill will have a deeper dive into this later today, but the fact is teams have picked up on this weakness and they are absolutely pummeling Bader with breaking pitches. You can’t expect Bader to settle back into something like his 2018 performance when pitchers are not approaching him at all as they did in 2018.

It’s time to let these other narratives go. At this point, it’s like arguing that your wife’s nausea could be a stomach bug when you’re holding a positive pregnancy test. We know what the story is with Harrison Bader. The other teams in the league know. I hope that someday he can improve his approach and results against breaking pitches, but until he does, even with his superlative defense, he does not have the skill set of a starting major league player.