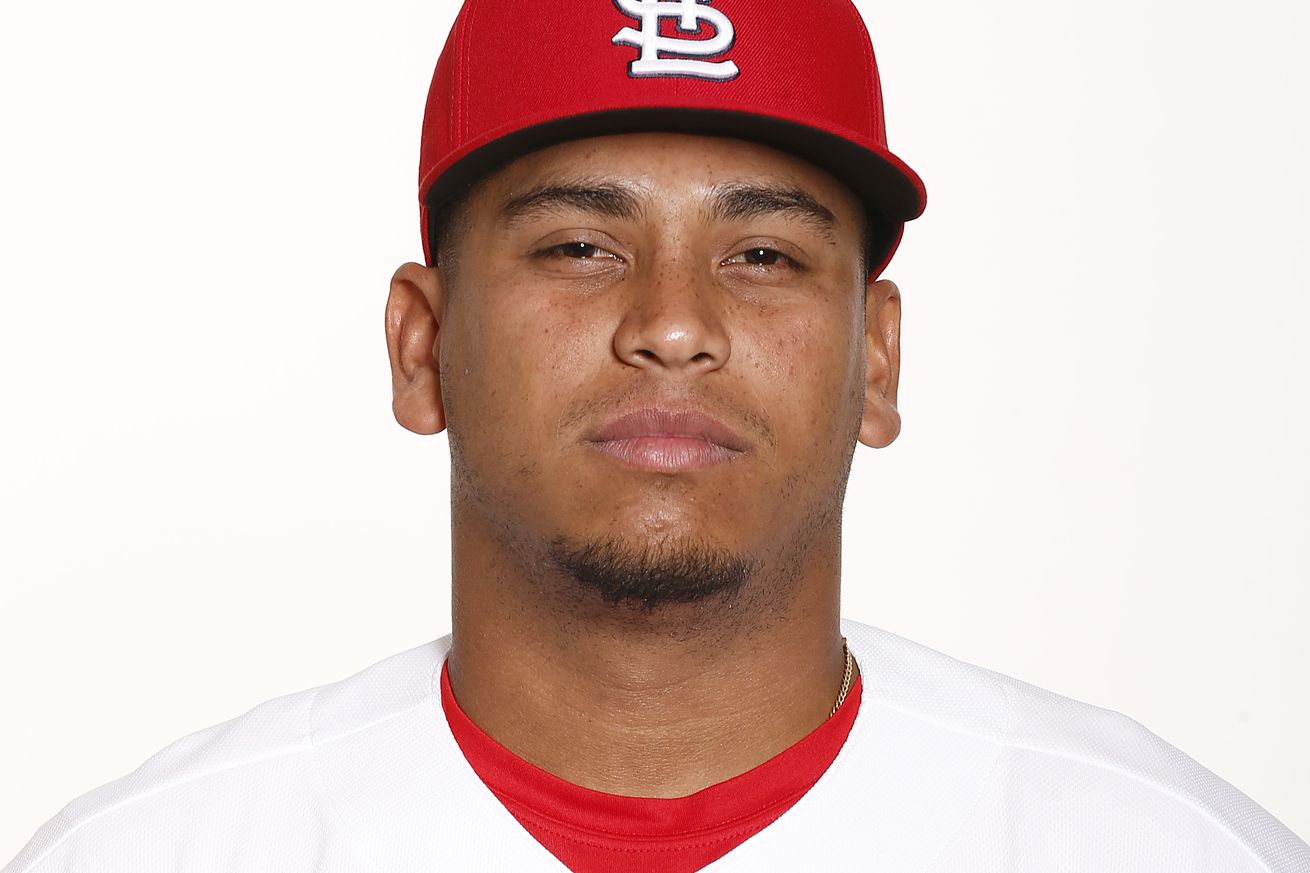 As we were scrambling trying to figure out whether the Cardinals would play the series with the Pittsburgh Pirates and learning that Lane Thomas contracted COVID-19, the Cardinals stealthily conducted the following transactions:

I say these transactions were conducted stealthily because the Cardinals did not announce them on its Twitter page, as the club usually does, especially for moves that affect the 40-man roster. The Mikolas transaction was listed on the MLB.com transaction pages after the fact. I check those regularly, and I didn’t even notice anything about Mikolas until Derrick Goold of the Post-Dispatch tweeted it yesterday. I’m fairly certain the transaction was added retroactively and I didn’t notice it because I stopped looking at that particular date. Goold also gets credit for announcing in the same tweet that Pages was added to the CPP. I’m not sure of the actual date and I’ve just listed the date of the move as the date of Goold’s tweet.

I have been harping on the Cardinals’ 40-man roster issues because I feel like there is a lot of confusion surrounding them, even by people that cover the team. Both Derrick Goold of the Post-Dispatch and Brian Walton of thecardinalnation.com have indicated that the Cards’ 40-man roster has been full. Goold said this in his most recent Post-Dispatch subscriber chat and Walton has indicated this both in an answer to a question from a member in his free forum and in his roster matrix. Both gentlemen also seem to believe that the Cardinals could not have moved Mikolas to the 45-day IL unless the 40-man roster was full. Goold said this in an answer to a person on his Twitter page and Walton gave a similar answer to a poster on his free forum.

Both Goold and Walton do a good job at what they do. I have communicated with both gentlemen about various issues in the past, and both were kind, gracious and responded to me promptly. But I think they are both incorrect about this issue, and I will demonstrate the evidence.

The page I just cited says the following about the COVID-19 Related Injured List:

Players on the COVID-19 Related IL will not count against a Club’s Active List limit, Reserve List limit, or against the Club’s Player Pool limit.

Why does it matter? It matters because the Cards don’t have an infinite supply of 40-man roster players on option to the Alternate Training Site at Springfield that the club can call up to replace the infected players. And it matters because when the infected players come back, they have to be added back to the 40-man roster. If doing that would put the Cardinals over the 40-man limit, someone has to be removed.

The Cards will have to add three players to the active roster once Dean, Helsley and Thomas are put on the COVID-19 Related IL. They’ve already activated Brad Miller from the 10-day IL. They’ve already recalled Genesis Cabrera and Alex Reyes. The Cards could activate Ricardo Sanchez as a pitcher to replace Helsley. But he’s a mystery himself, as I have outlined before and will get to a bit later. Needing at least one outfielder, the club will almost certainly recall Justin Williams. After that, they’re out of useful 40-man roster players. I would be stunned if the club recalled Elehuris Montero or Alvaro Seijas because of their inexperience. If I’m right about that, they can recall Williams, but they would still need to add two more players to the 40-man roster.

WHAT ABOUT THE MIKOLAS MOVE?

As I stated above, both Goold and Walton have stated that the Cards may not use the 60-day (45-day) IL unless the 40-man roster is full. Thus, the Cards’ 40-man roster must have been full, otherwise the Cards would not have been allowed to transfer Mikolas to the 45-day IL. That is true in a normal season, but is not so this season.

So Goold and Walton are correct that in the typical season, Mikolas would not have been permitted to be transferred to the 60-day IL unless the Cards’ 40-man roster was full. But Section 6.1.7 of the MLB 2020 Operations Manual, entitled Standard Injured Lists, says the following at page 6-5:

The requirement that a player may not be placed on or transferred to the 60-day IL unless the Major League Reserve List of the player’s Club is at the maximum limit of 40 contained in 2019 MLR 2(g)(3)(A) shall not apply. Thus, injured players may be placed on the 60-day IL without regard to the number of players on the 40-man roster until August 31st.

With respect, I must therefore conclude that Mikolas being sent to the 60-day (45-day IL) does not answer the question about the size of the 40-man roster or whether Sanchez is on the 40-man roster or not. I maintain that the 40-man roster is not currently full because, even leaving Sanchez to the side, the Cards have already placed 7 players on the COVID-19 Related IL, a move which the Manual says opens up a 40-man roster spot.

The Cards had to take advantage of the suspension of the normal 60-day IL rule to make the Mikolas move because it limits the number of players the Cards will potentially lose. This leads to my final point.

THE STATUS OF RICARDO SANCHEZ IS CRITICAL

I don’t understand why the Cards ever put Sanchez on the COVID-19 Related IL. At the time the club put Sanchez on that list along with Giovanny Gallegos on July 18th, they did not need either 40-man roster space or Club Player Pool space. Sanchez had already been optioned to the minor leagues way back in March before the transaction freeze. At the time of that IL placement, Sanchez had already been cleared to throw, and was simultaneously dispatched to the Alternate Training Site in Springfield to get his work going. He didn’t need to be placed on the COVID-19 Related IL to get any process started.

Although Sanchez’s IL placement was not captured on the major league transaction pages, the Cards tweeted that they did it, so I have every reason to believe it happened. I also believe that when it happened, a 40-man roster spot was cleared. I have not followed the roster moves of every club, but I have been closely monitoring the transactions of the NL Central clubs, and there is precedent for this happening with the Milwaukee Brewers. Before the season started, the Brewers MLB.com beat writer reported, along with other outlets, that a left-handed pitcher named Angel Perdomo had been placed on the COVID-19 Related IL. As with Sanchez, Perdomo had already been optioned to the minor leagues at the time, and like with Sanchez, the MLB.com transaction pages did not capture it. Although Perdomo is healthy, he’s still on that list right now. I can prove that because the Brewers would not have had room to purchase the contract of Mike Morin on July 23rd if Perdomo was on the 40-man roster. When the Brewers activated Eric Lauer from the COVID-19 Related IL on July 26th, the club DFAd Morin to make room for Lauer before Morin had even been brought in to pitch, again because the club had to make a 40-man roster move.

Another way the Cards could get out of this mess is to activate Sanchez if they haven’t done so yet, and recall him as one of the upcoming roster replacements. If the club recalls Sanchez and Williams, that would just mean the Cards would have to add one additional 40-man roster player, the spot for which would be cleared by the Mikolas move.

Sanchez has never pitched at the AAA level, but the Cards just added Roel Ramirez to the 40-man roster with only 2 games of AAA experience. Sanchez has been used almost exclusively as a starter, and in 40 starts at the AA level over 2 seasons, he has posted 9.8 K/9, 2.7 BB/9 and has done a good job of keeping the ball in the ballpark. If Sanchez is good to go physically, it wouldn’t be a bad idea for the Cards to give him a spin. Actually, depending on how the rules are ultimately interpreted, Sanchez might be eligible for a fourth minor league option for next season. But if he is not, this is his final option year, and it wouldn’t be a bad idea for the Cards to see him in game action before having to decide whether to keep him on next year. In addition, with the Cardinals having such a long layoff, having another experienced starter on hand couldn’t hurt to help eat some innings or participate in a piggy-back start.