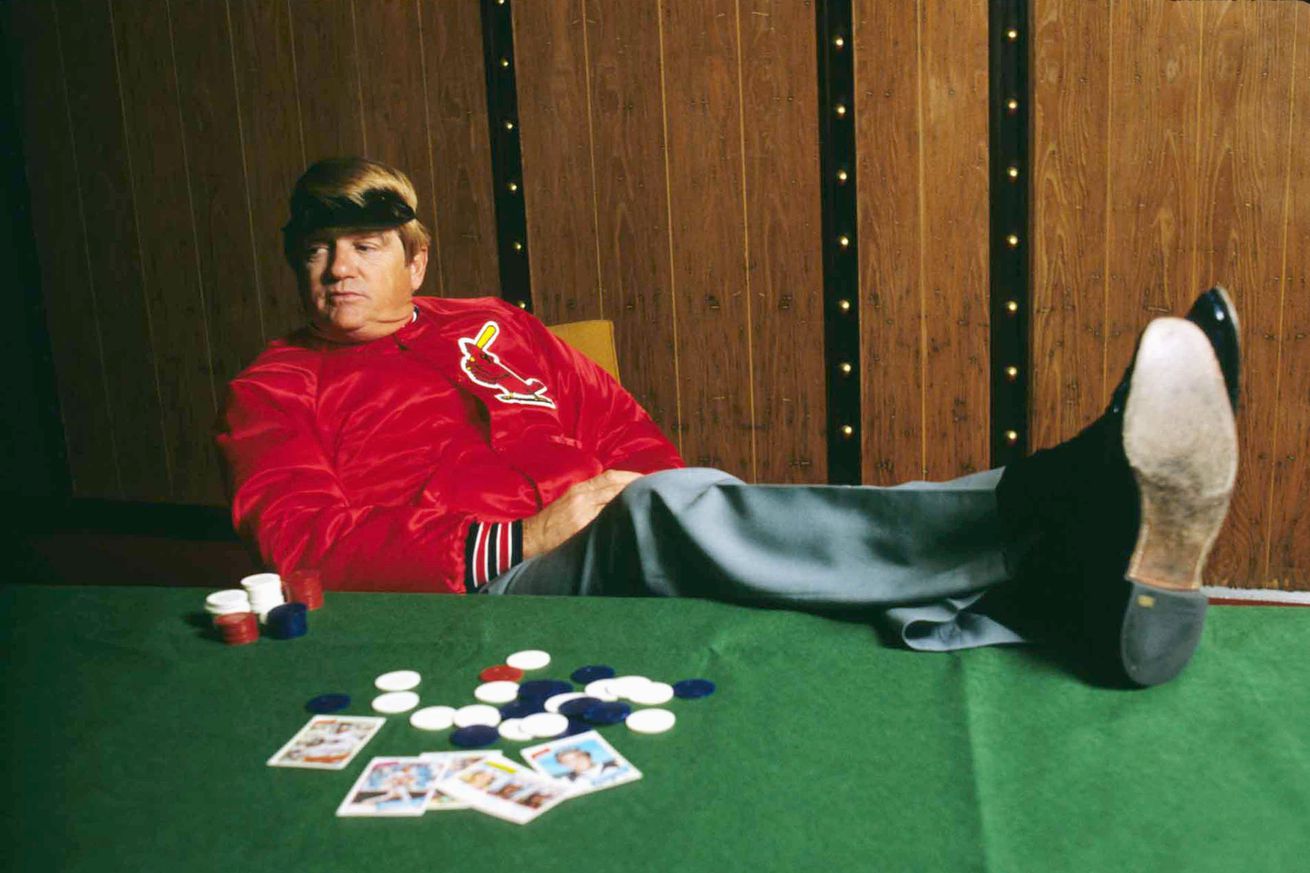 With no baseball, no 2020 data, and no game recaps, it’s time to return to last week’s Random Box Score series. A Google search gave me a random date generator and it spit out June 4, 1981. That’s the game we’ll review today, with the Cardinals playing a getaway day game at the conclusion of a four game series with the Expos in St. Louis.

The Cardinals were in their first full season with Whitey Herzog managing the club. Herzog had taken over a subpar club in 1980, managed for 73 games, then went to the front office to begin rebuilding the roster. He then headed back to the field as manager for the 1981 season, now with a younger, more athletic team. Herzog added Darrell Porter, Bruce Sutter, David Green, Lary Sorensen, Dave LaPoint, and Sixto Lezcano while subtracting Ted Simmons, Terry Kennedy, Ken Reitz, Leon Durham, Pete Vuckovich, Bobby Bonds, and others. He had also handed over second base to a young Tommy Herr, and expanded Ken Oberkfell’s role at third base. Garry Templeton was still around but not for much longer. This was all phase one in building what would become a World Series champion in 1982.

The Cardinals started play on June 4th with a 25-18 record, one game back of the first place Phillies. They were just half a game ahead of the Expos (27-21). The threat of a players strike hung over these games like a heavy, acrid fart. The players had voted to strike six days earlier on May 29th, then extended the deadline while the National Labor Relations Board heard the union’s complaint. The strike eventually happened on June 12th. After play resumed, owners voted in August to split the season in two, crowning champions of each division for the first and second halves. In short, the Cardinals and Expos were playing this game and the next week’s games unaware that how they performed would have a very direct impact on whether or not they made the playoffs.

Part of the fun of these random box scores is that you see the grind and oddities of the regular season. If you had asked me to name the starting lineups without looking up the box scores, I would’ve expected to see Templeton, Gary Carter, Darrell Porter, Ellis Valentine (thanks to reading Up, Up, and Away) and either Steve Rogers or Joaquin Andujar pitching for one of the two teams. Failing that, I’d expect to see Bob Forsch on the mound. None of those players played that day.

Carter and Templeton were healthy, but simply had the day off. Porter tore his rotator cuff in mid-May (while batting a meager .184) and wouldn’t return until August. The Expos tired of waiting on Valentine’s talent and had traded him to the Mets just a week prior. Andujar was traded from the Astros to the Cardinals three days after this game. Forsch pitched the day before. Rogers started the next day for the Expos. All of those idiosyncrasies led to a game between two talented, ascendant teams who weren’t at full strength. It’s also noteworthy that both teams were managed by future Hall of Famers- Herzog for the Cardinals and Dick Williams for the Expos.

Raines led off the game with a single and advanced to second on left fielder Dane Iorg’s error, but Sorensen erased the threat two hitters later when Raines was retired at third on a fielder’s choice. Parrish led off the second inning with an infield single against Sorensen, but he worked around it.

Gullickson retired the first four Cardinals he faced before Iorg slapped a one-out double to center field in the bottom of the 2nd inning. Gullickson walked Sixto Lezcano, then allowed back-to-back RBI singles to Mike Ramsey and Orlando Sanchez, putting the Cardinals on top 2-0. After retiring Sorensen, Gullickson yielded a two-out single to leadoff hitter Tommy Herr, but avoided further damage when Raines threw out Ramsey trying to score.

The Cardinals struck again in the bottom of the 3rd. Keith Hernandez fired up the rally with a one-out single, stole second base, and scored on Iorg’s two-out single. The Cardinals were up 3-0 and their win probability surged to 84%. In the meantime, Sorensen was cruising. After Parrish led off the 2nd with a single, Sorensen retired the next five hitters he faced on groundouts. In fact, he faced the next eight hitters without giving up a hit until Parrish got him again- another single- with one out in the 4th inning. He worked around that single and didn’t reach any real trouble until the 6th.

In the top of the 6th, Andre Dawson reached on a one-out infield single and Parrish stung Sorensen yet again- another single. With two outs and the tying run at the plate in the form of Jerry White, Sorensen coaxed yet another groundball to end the inning with the Redbirds still clinging to a 3-0 lead.

Iorg added to the lead when he singled in the bottom of the 6th, advanced to third on White’s error in right field, and scored on Lezcano’s follow-up single. The Cardinals would get no more but now had a 4-0 lead headed to the 7th inning. That’s when Herzog beefed up his defense with a series of moves. Lezcano moved from right to left field, Hendrick moved from center to right field, and Tony Scott entered the game in center field as a replacement for Iorg.

Sorensen gave up a leadoff single to Chris Speier but instantly squelched the rally with a lineout double play from Bobby Ramos. Chris Smith pinch-hit for Gullickson and struck out to end the inning. On the day, Gullickson threw 6 innings, allowed 4 runs (3 earned) on 8 hits, walked two and struck out three, and was replaced by Jeff Reardon.

The Expos finally broke through on Sorensen in the 8th. Raines led off with a walk, stole second and advanced to third on Sanchez’s throwing error, and scored on Rodney Scott’s single. With the score 4-1 and Scott on first, Andre Dawson hit into a double play- more groundballs for Sorensen!- and Cromartie lined out to end the inning.

Reardon kept the Cardinals at 4 runs in his two innings of work, and Sorensen came back out for the ninth inning. After a game full of groundball outs and hits allowed to Larry Parrish, Sorensen bucked both trends. He finally retired Parrish leading off the 9th, then retired White and Speier to close out the win. All three outs had been in the air.

It was the 1981iest game imaginable. The two teams combined had more stolen bases (two) than extra base hits (just one, Iorg’s double). There were eight strikeouts total, four walks total, and just three pitchers were needed. There were 20 groundball outs and 20 flyball outs… except a whopping 8 of those 20 flyball outs were pop-ups.

Neither team could catch the Phillies for the first half crown but the Expos bested the Cardinals by half a game in the second half. They would go on to lose a thrilling NLCS to the Dodgers, pushing it to the full five games. The Cardinals missed out altogether despite having the best overall record in their division in the two halves combined.