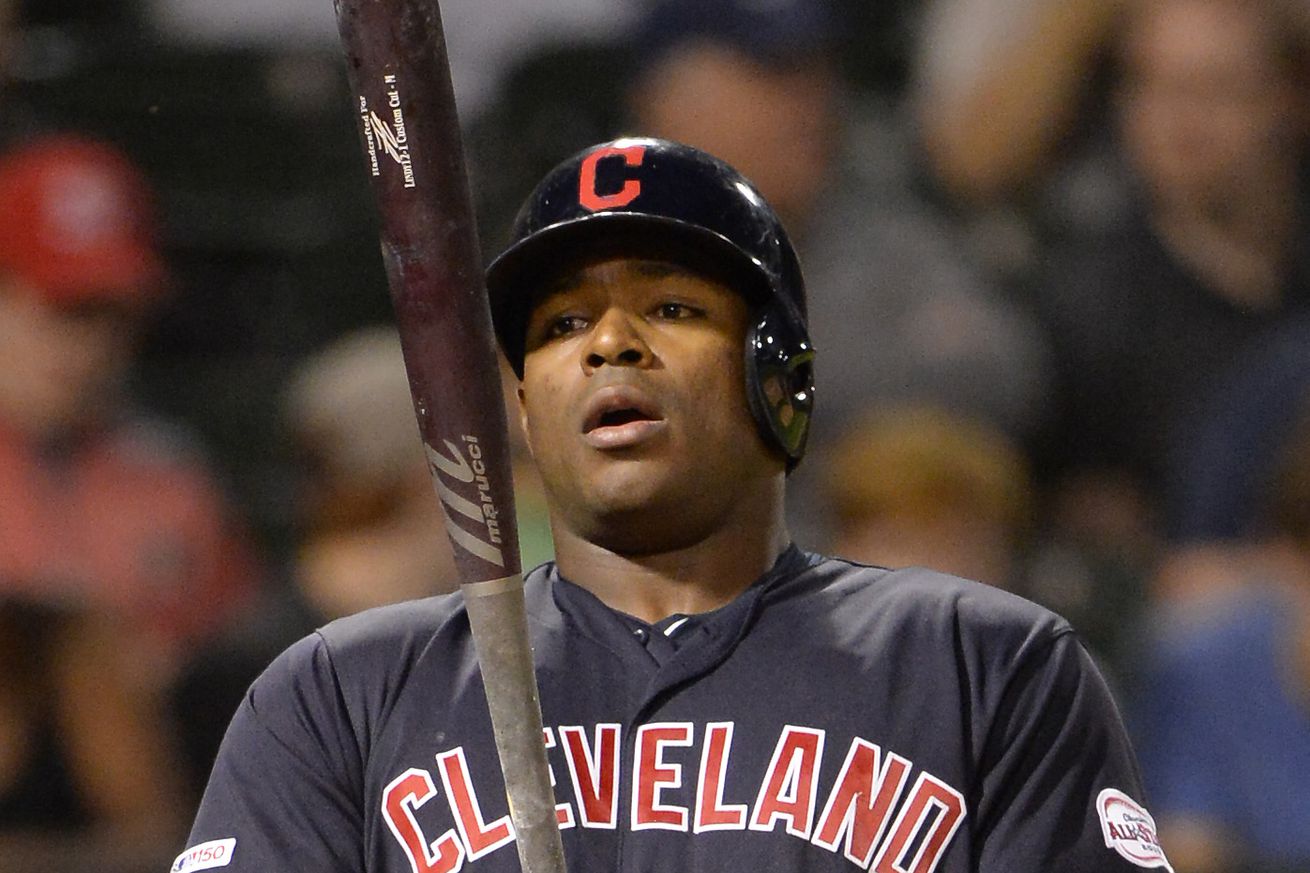 Look this isn’t going to happen, but I need to talk about something

The Cardinals ZiPS projections were released Friday morning and the outfield projections were rough. It’s probably to be expected on a team with one proven 25-year-old, a 34-year-old well past his prime, and a bunch of prospects. That description of the outfield would not lead you to believe it was going to be a great projection. Still though, it’s one thing to believe that’s the case and another to actually see evidence of it.

So I think it’s worth revisiting whether the Cardinals should sign another outfielder. I’ve said in the past that one year of Marcell Ozuna would be fine by me, and I think the same principle applies for the outfielder today. My statement was predicated on Ozuna signing for less than $18 million so I’m not mad we didn’t get him. Yasiel Puig would definitely sign for less than $18 million if signed for one year.

In terms of outfielders on the open market who are theoretically upgrades to what the Cardinals already have, I’m disregarding Nick Castellanos. He is a DH. He had an OOA of -24 in 2018 and -7 last year. His best catch was 50% catch probability. His best hope on defense is always making the easy plays. And projection systems don’t like his bat enough to make up for this. He is no JD Martinez. He has a 112 wRC+ projection from Steamer, which with his defense, gives him a 1.6 WAR projection. The idea behind signing another outfielder is to remove risk, which Castellanos does not provide in the slightest. You need to be optimistic about his bat and defense in order to believe he is a genuine upgrade.

The other reason Puig makes more sense than Castellanos? In his career, Castellanos is a 137 wRC+ hitter against left-handed pitching. I realize this is a weird way to start my case. He also has a 104 wRC+ against right-handed pitching. This is not at all useful to the 2020 Cardinals. The Cardinals have Harrison Bader crushing lefties, Dexter Fowler has historically been better against lefties (though not as a Cardinal), and Tyler O’Neill, Austin Dean and Lane Thomas are both right-handed, and traditionally that hand is better against lefties. The Cardinals traded Jose Martinez for a reason. They do not need a bat only guy who crushes lefties.

How’s Puig defense? It’s alright. It’s average. His range isn’t great, but his arm makes up for most of his deficiencies range-wise. And while you might expect Puig to have issues with errors, he’s a +0.7 in the error calculation of UZR for his career, so essentially neither positive nor negative. His arm over his career is a +12.7. There is some risk that he wants to show off his arm and that creates mistakes, but more often than not, his arm has been a clear positive. He has pretty exclusively played RF for his career, so that’s a real downside unless you have him replace Fowler.

Anyway, so the real argument for Puig has to be an argument for him over Lane Thomas (or I suppose Justin Williams if he wins the spring training battle). I like Lane Thomas. I believe in him to a certain extent. But I’m trying to keep my expectations with him in check, because I know they are heavily swayed by what amounts to 44 MLB PAs. That’s it. His AAA season last year? He kind of sucked. He had a 97 wRC+. He’s only 24. This is not a player you need to have on the MLB roster right now. He’s really not. His ZiPS projection is only an 80 OPS+.

So that’s the case for signing Puig. He removes some risk. He can hit RHP. He’s not going to hurt you on defense. Now that I’ve properly made the case, you have to wonder what the contract looks like. Obviously a deal for him would have to come cheap, otherwise they wouldn’t sign him. Obviously, you can’t sign him as a starter either. So what’s a fair deal?

Steamer projects him for 1.7 WAR over 514 PAs. I don’t think he’d get that in St. Louis, so we won’t pay him as if he’ll get that. Let’s pay him as a bench player who perhaps plays a bit more than your average bench player. How about 350 PAs? Now he’s a 1.2 WAR player. Okay now we’re getting somewhere. A 1.2 WAR player with the price of a win valued at $9 million per win is expected to get $10.8 million for one season.

Okay so the Cardinals don’t sign that. But that’s the price where I’d put on the big board as the “Avoid” sign. If he falls under that, and especially significantly under that, I think you have to think about signing him. The cost of signing him is a loss of opportunities for Thomas and Williams mostly, who I think have a very good argument for being in AAA anyway. Dylan Carlson might be affected, but more than likely he’s not coming up until a starting spot is ready for him, which wouldn’t really be affected by a Yasiel Puig signing, who wouldn’t be signed to be a starter.

So we all understand this isn’t happening. I understand that. But hypothetically, I actually think there’s a case to be made for signing him and I think I made an okay case for it as well. Would you sign Yasiel Puig to a 1 year, $7 million deal?