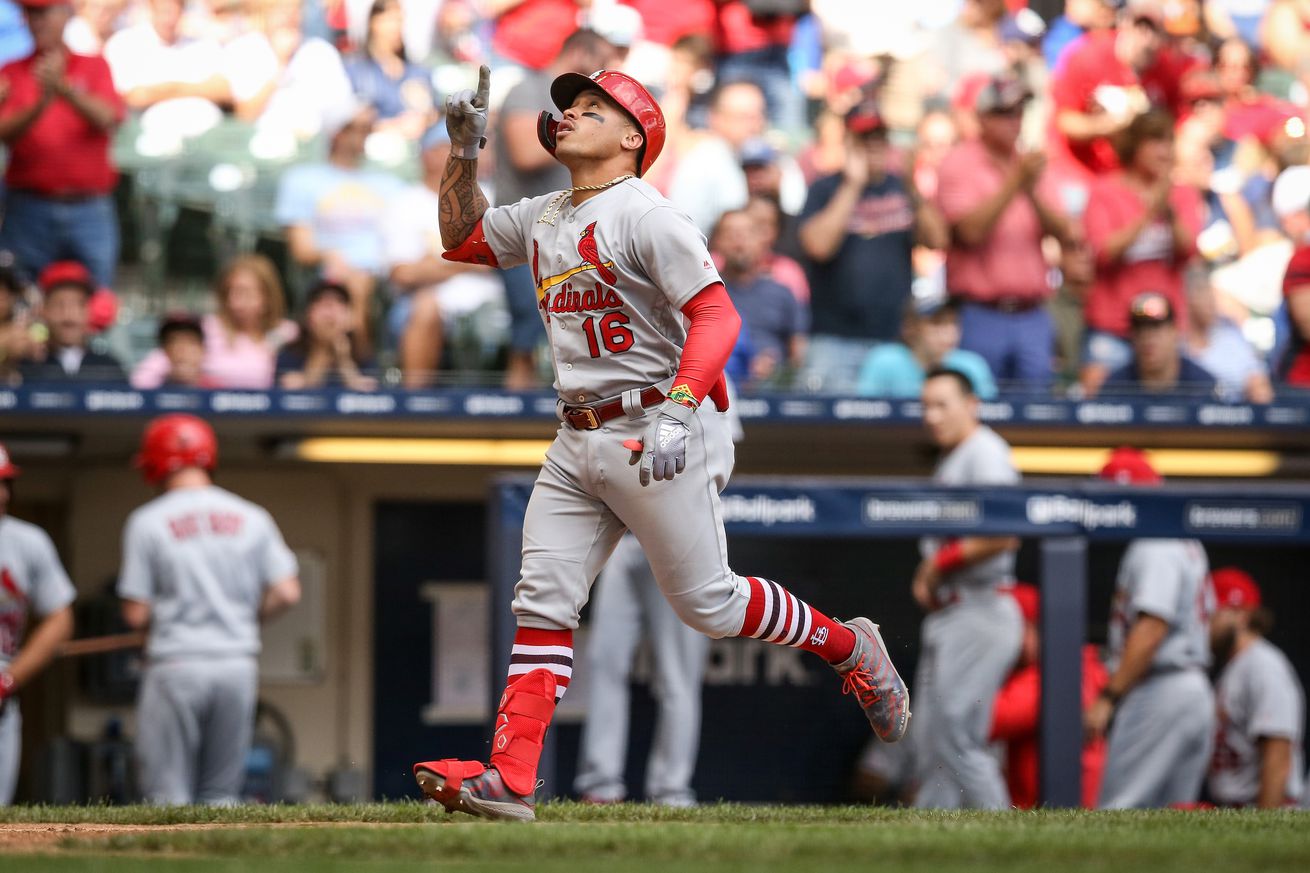 At least they did in our hearts… and in simulations.

The season is postponed, but if a game had been played on Thursday, it might have gone a little something like this…

In front of nearly 20,000 fans in Cincinnati, Ohio on a beautiful spring day the St. Louis Cardinals squared off against the Cincinnati Reds in their Opening Day match up.

Jack Flaherty took the mound for the Cardinals and struggled a bit with his control in his first start of the year. The young righty never really looked comfortable, and was pulled after five innings, giving up three runs on five hits, three walks, with just three strikeouts.

He made it through four innings weaving in and out of danger before the wheels came off a bit in the fifth inning. Shortstop Freddy Galvis led off the inning with a single. Flaherty was able to get the eighth and ninth hitters out, but it was Reds leadoff man, centerfielder Shogo Akiyama, that made the first strike, taking Flaherty deep for a two-out, two-run homer. Flaherty was unable to limit the damage as he followed up with a walk to Joey Votto. Votto advanced to third on an Eugenio Suarez double and scored on a Mike Moustakas dribbler past the outstretched glove of a diving Kolten Wong.

The Cardinals offense went to work, though, and the bullpen held the Reds scoreless for the final four innings of the game. Pauls Goldschmidt and DeJong led off the sixth inning with back to back walks. This was it for starter Luis Castillo and he was pulled in favor of Pedro Strop. Strop got two quick outs from Yadier Molina and Dexter Fowler and it looked as if the walks were going to go to waste, but Tommy Edman came through for the Birdos, lifting an RBI double down the rightfield line to score the Pauls. Down 3-2, Strop walked Bader, putting runners at first and third. The Cardinals then pulled back Flaherty in favor of pinch hitter Brad Miller, a guy I totally remember the Cardinals signing. The Reds countered to bring in lefthander Amir Garrett, who struck out Miller. Garrett came back out for the top of the seventh to strike out Wong and Matt Carpenter, before yielding to Michael Lorenzen. Lorenzen finished up the inning with a groundout from Goldschmidt.

The Cardinals were not finished though. When Lorenzen came back out for the top of the eighth, Paul DeJong was ready, smacking the first pitch he saw over the left field fence to tie the game. The Cardinals continued to threaten with singles from Molina and Edman — his third hit of the day — but Lorenzen escaped the inning with no further damage.

Thus set the stage for the ninth inning. The Reds brought out Raisel Iglesias. Kolten Wong led off the frame and was looking at an 0-4 day with a key strikeout. All that changed in a blink as Wong took a 1-1 pitch to the opposite field for the go-ahead home run. It would have probably looked a lot like this:

The Cardinals called on Giovanny Gallegos for the save, and he easily converted with no hits, no walks, and one strikeout.

Of course, none of this actually happened. It was all a simulation done by Strat-O-Matic. Strat-O-Matic site is doing daily simulations for your nerdy baseball enjoyment. You can find the one for the game I just described here.

(You might find that I made some mistakes. A lot of this is using the box score and my imagination, but it is not as easy as I thought it would be. Hopefully you all enjoyed!)