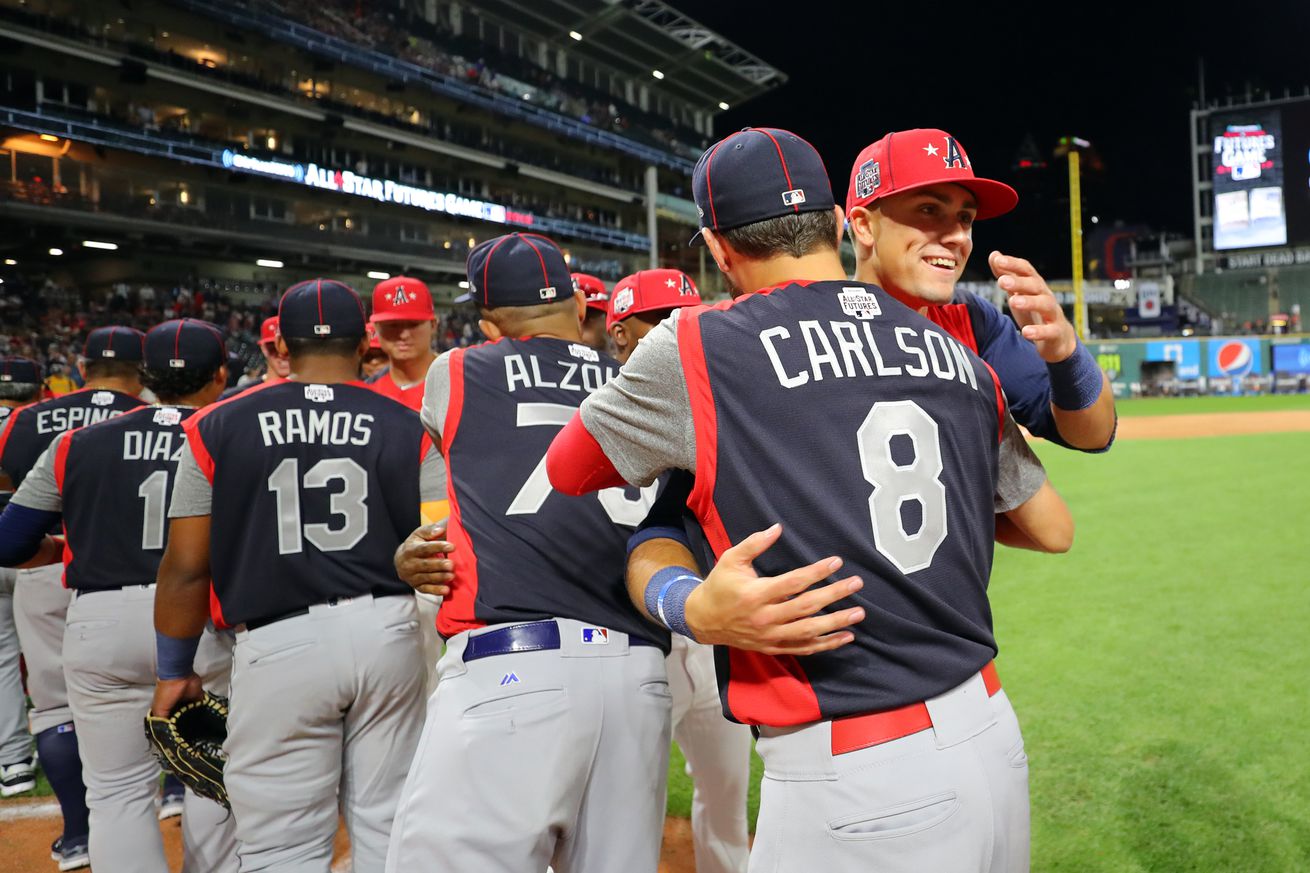 Baseball America has dropped their top 100 prospects heading into the 2020 season and it’s kind of cool. They now include exit velocities for hitters, which is a massive upgrade. With that, the St. Louis Cardinals have three prospects that made BA’s list: Dylan Carlson, Matthew Liberatore, and Nolan Gorman.

There’s one of this trio cracking the top 10 and, yes, it’s the obvious one. Another cracks the top 50 and the third member sits just outside of the top 50.

There is a very good chance that Carlson loses his prospect status before the 2020 season is over. He really burst on to the scene in 2019, posting a 20/20 season spending time in both Springfield and Memphis. That performance led him to jump way up on a lot of prospect lists. Take BA for example, he ended the year at 16th after being unranked in the preseason. Carlson’s stock has skyrocketed.

Carlson has long shown advanced instincts, controlled the strike zone and flashed the ingredients to hit with above-average bat speed and hand-eye coordination.

The Cardinals almost had only two players on this ranking, but the recent trade for Liberatore means three. Shortly following the trade I did my own scouting breakdown of him, and there is some serious talent. He’s young, he’s big, and there is quite a bit to like for the future of the lefty. He’s got a nasty curveball, and a changeup that can become a plus pitch as well. Liberatore has seen his stock fall from 31 to 42 since BA’s last ranking.

Liberatore is a tall, long-armed, 19-year-old lefty with advanced body control for his age and size.

Big power Nolan Gorman just missed the top 50, but he’s advanced for his age. He’s got a power bat with a listed average exit velocity of 89.7 MPH. There is no doubt that raw power will be what carries him up lists and through his career. His natural swing path helps, but it will also likely mean his strikeout numbers will always be high. The lefty-swinging corner infielder will turn 20 in May and likely start in Palm Beach again before seeing his first swings in Springfield.

Gorman has the power to hit in the middle of the lineup. Improving his approach will be his main goal in 2020.

The Cardinals farm system is certainly improved with the addition of Liberatore. By this time next year there could be even more St. Louis prospects on the list. Genesis Cabrera, Ryan Helsley, and Elehuris Montero were all listed as just missing the top 100. Ivan Herrera is rising fast, and a good year from Zack Thompson might just do the trick. Not to mention there’s a nice new draft pick heading the Cardinals way thanks to Marcell Ozuna heading to Atlanta..

Video is credited to the Fox Sports Midwest YouTube channel.