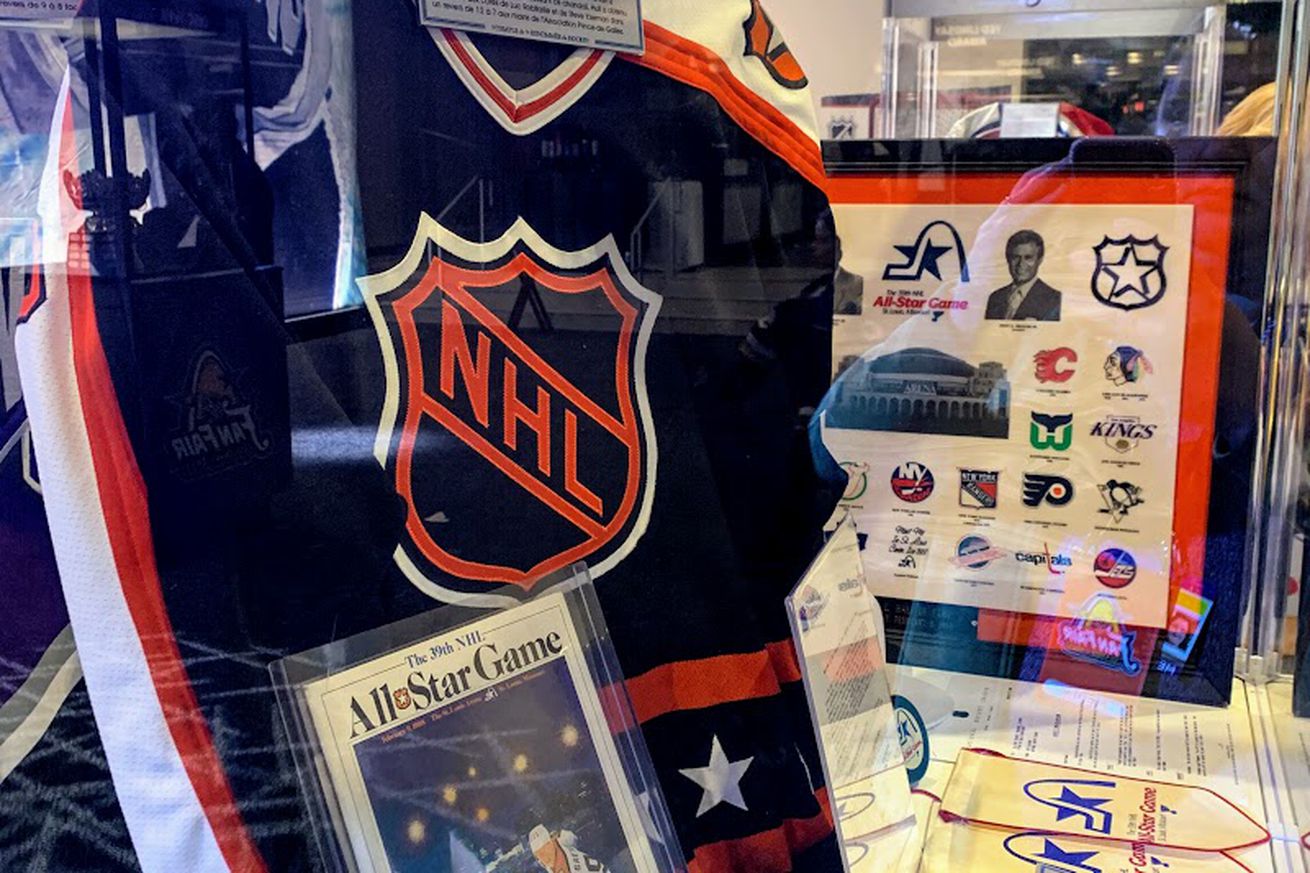 This is the third time that the city has hosted the mid-season classic.

The Blues were the first Western Conference team to host the All-Star Game in 1970, and also the first team not to win the Stanley Cup the previous season to have that honor. After the 1967 expansion, the NHL realized that it would be necessary to include the new clubs in the honors, and since it was assumed that the expansion teams traditionally were not going to be legitimate Cup contenders, the NHL awarded the Blues the 1970 All-Star Game as a reward for making the Stanley Cup Final each of their first two seasons.

The Eastern Conference won that All-Star Game, with Bobby Hull, the star of the rival Chicago Blackhawks, chosen as MVP (the Blues returned the favor four years later with Gary Unger winning the honor in Chicago and the West winning 6-4). The nation got the chance to see the newly expanded NHL, albeit later than they should have – the game had to be postponed to 10:00 Eastern due to a scheduling oversight that put the NHL game on the same night as the NBA’s All-Star Game. It was assumed that the NBA’s event would be the bigger draw, so CBS went with the NBA’s game for the prime time spot.

The Blues representatives were goaltender Jaques Plante, who coach Stan Bowman did not insert until the third period (at that time, the game was already 4-1 in favor of the Wales Conference, and Plante promptly was injured), and Barclay Plager. The most exciting portion of the evening happened off of the ice – there was an alleged feud about who should be allowed to play the organ in the Arena. It was rumored that Montreal coach Claude Ruel was upset that Norm Kramer would have free reign over his own organ, so Bill Wirtz flew in Chicago’s organist, Al Melgard, to split the duties.

It must be nice to have an argument over the in-arena organist be what passes as a scandal in the NHL.

The 1988 All-Star Game was a much more modern affair as far as media attention is concerned. It was also a much more exciting game, having to be decided 5-4 in overtime by Mario Lemieux’s winning goal (and sixth point) of the evening. Lemieux, unsurprisingly, rode his record-setting performance to the MVP award for the night.

The line-up for that evening is a who’s who of Hall of Famers: Wayne Gretzky. Mark Messier. Lemieux. Al MacInnis in a preview of what was to come in St. Louis. Luc Robitaille. Steve Yzerman. Ray Bourque. Patrick Roy.

It really puts the era into perspective when you notice that the Blues’ one representative was Rob Ramage.

To say that NHL fans in attendance tonight will be treated to a once in a lifetime experience of who’s who is probably true, but those in attendance in 1988 were certainly treated to a show of talent that transcends the word “generational.”

The NHL has not awarded the NHL an All-Star Game since 1988. After two games played at the St. Louis Arena, the Kiel/Savvis/Scottrade/Enterprise Center was not selected to host the marquee event until this season, and only after massive upgrades and renovations to the building and the building’s systems. Since the older building, built in 1994, is now in 21st century condition, the team has become better equipped to host large events. The 2017 Winter Classic demonstrated to the NHL that the city of St. Louis could host a marquee weekend and have sell-out crowds attend every event held.

It will be a few years before the All-Star Game returns to St. Louis, and that’s fine. After all, in the last three years, the city has hosted a Winter Classic, a Stanley Cup Final, and now an All-Star weekend. We wouldn’t want the NHL to get too spoiled.