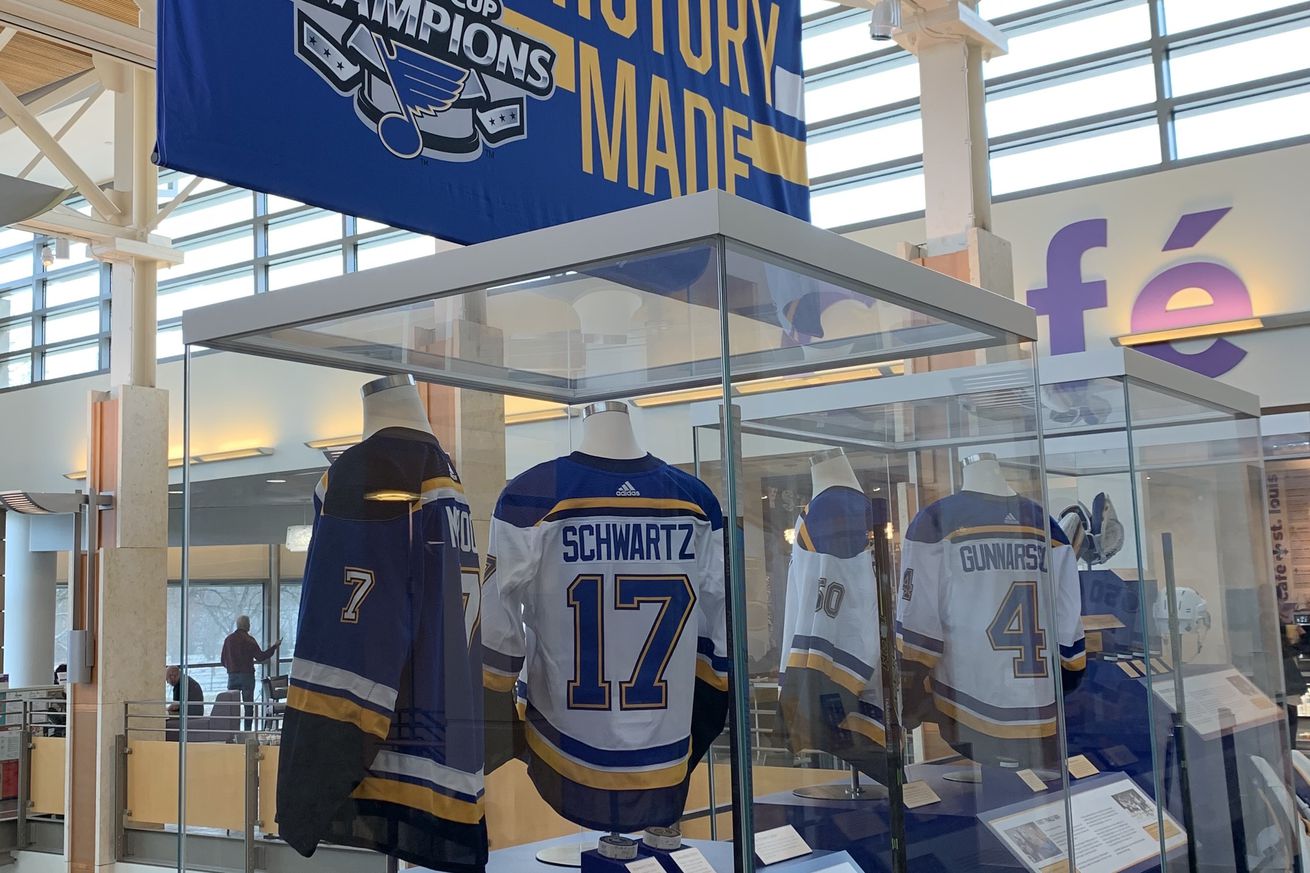 Don’t want to wait in the FanFair’s lines? Head to Forest Park.

The Missouri History Museum (5700 Lindell Blvd, St. Louis) is one of Forest Park’s many free attractions and a worthwhile weekend stop any time of the year. The current featured exhibit through next April, The Mighty Mississippi, showcases the history of the river within and outside of St. Louis, and the ramifications – intentional or not – of westward expansion and Manifest Destiny. The newest featured exhibition highlighting the 100th anniversary of the ratification of the 19th Amendment opens on April 4th.

Hidden on the second level of the museum, between the two static exhibits on St. Louis and Missouri history, is one that Blues fans will want to drop in and see. The FanFair at Union Station is a family friendly, hectic event. Mascot games, a God knows how long standby line to see the Stanley Cup, games, trophies, you name it, is down there. The Blues, however, made some of the items from the Blues’ improbably Stanley Cup run available at a location outside of all of the hullabaloo.

The Missouri History Museum is hosting the History Made exhibit through the end of the All-Star weekend and showcases some pretty special pieces of Blues history. It highlights one of the pucks Jaden Schwartz put in the back of the net during one of his two playoff hat tricks, and another puck that was Vladimir Tarasenko’s power play goal from game six of the Western Conference Finals versus San Jose.

On display also are all four goal pucks from Game Seven, which was nearly as surreal to look at for me as it was to see the Cup last night. Every reminder that the Blues are the defending Stanley Cup Champions is more and more poignant as the Blues have reached past the halfway point of defending their title. Here’s to another exhibit next year.

The History Museum will be open 10-5 Saturday and Sunday, which is the last day of the special exhibition.