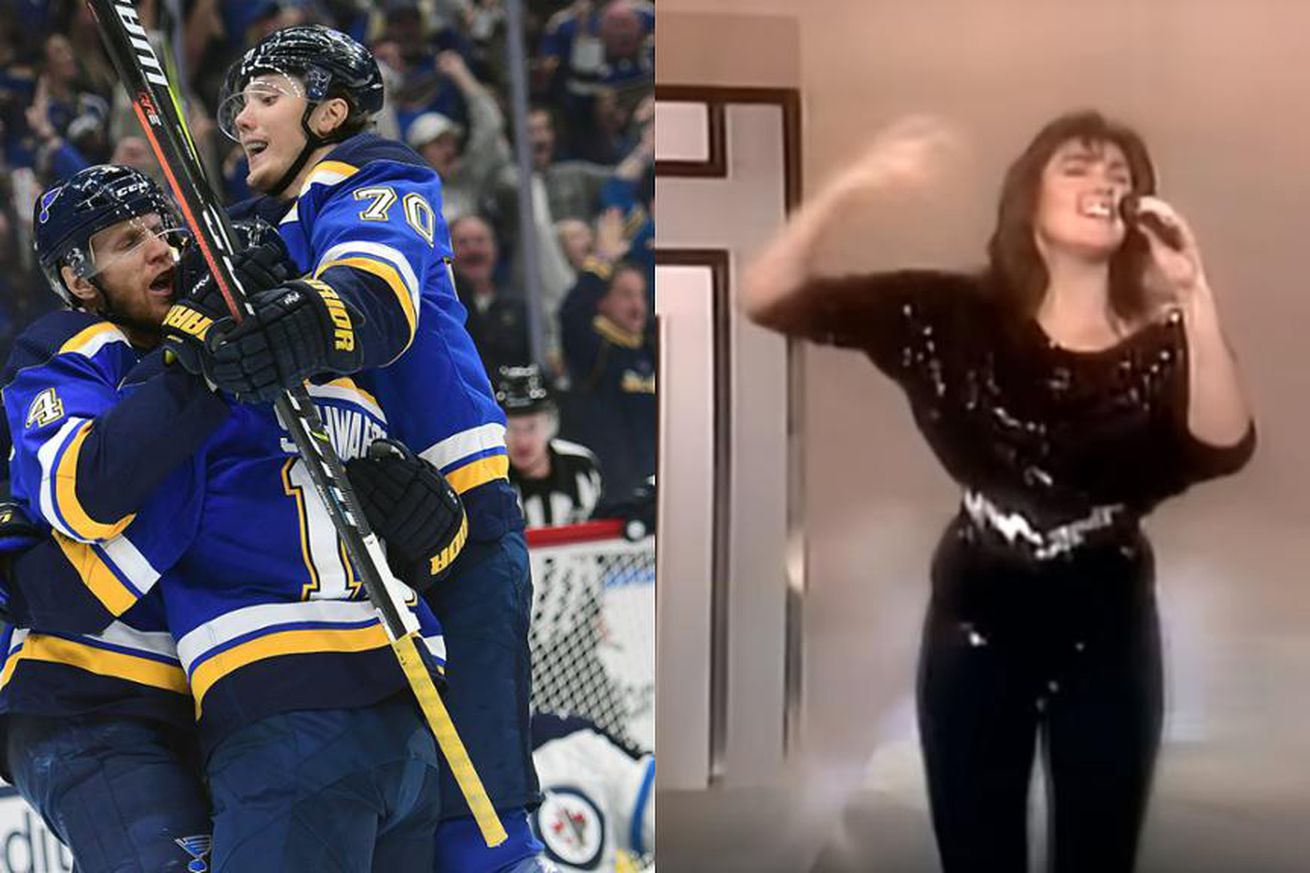 I should have written this story earlier. But these days, time is a sprinter and I simply don’t have the proper shoes to keep up, so I just try to keep close. However, there’s a connection between my life, the song, and the hockey team.

So let’s talk about this song that the St. Louis Blues picked up around a year ago and went on the improbable run that fathers, mothers, sons, daughters, and all their children will be talking about for decades. Laura Branigan’s “Gloria” was picked up in a Philadelphia bar by the Blues-but I heard it again a little over a month into their big run.

“Gloria Bell,” starring Julianne Moore, followed a middle-aged woman named Gloria who seemingly has it all together: steady job, healthy relationship with her kid, and a nightlife that includes dancing at a disco bar. A relationship with a guy at the bar (John Turturro) throws her life out of order, leading to poor decisions and disarray. Since I can tell you’re about to close this window, let me say the movie was a letdown, story-wise and overall a forgettable dud. But one thing sticks out about it today: the song.

Near the end of the film, Moore’s character rediscovers herself on the dance floor while dancing to the now famous (and somewhat infamous) song sang by Branigan. When it played in the movie, I shrugged my shoulders and hoped I’d never hear the song again. Flash forward to the eleven game winning streak and Stanley Cup, and the song has played over a thousand times in St. Louis. Y98.1 played it for a whole day. The home games find a way to push it in there. It’s all over, even if the team says it’s not.

It’s like that nice neighbor that says polite things you on a daily basis but also grates your nerves by the fifteen meeting. “Gloria” is becoming Ned from “Groundhog Day” for me: I just want to shove it in the other direction. When people say, “play Gloria,” I scream the opposite.

But there’s a flip side to that coin. While the song itself is hard to listen to at such a high repetition, it’s impossible not understand and adore its origin. March, 1982. A month after I was born and 37 years before the magical Cup run. Music, for many people, is a gateway drug into a happier time in their lives. It changes things. Movies become better. Long drives are sustainable. Parties run longer. Drinks go down easier.

While it’s easy to mock the tune, one can turn around and appreciate its place in not only Blues’ history, but St. Louis’ historical reach as well. I went on a number of podcasts and radio shows after the Cup win, and the hosts would tell me how bad the song was. While I acknowledged the weakness of the tune and that it falls flat without the hockey run, it’s something else entirely now. It’s achieved a whole new status of credible cool.

Still, let’s play it less, savor the memory more, and find a new tune to pair 2019-20 with, because the Blues aren’t going on one of those sudden streaks like last year. This season, they are holding a steady domination over the NHL without big weapons at their disposal. A more impressive season (thus far) deserves a far better song.

Thanks for reading and if you liked it, tip your writer with a social media share.