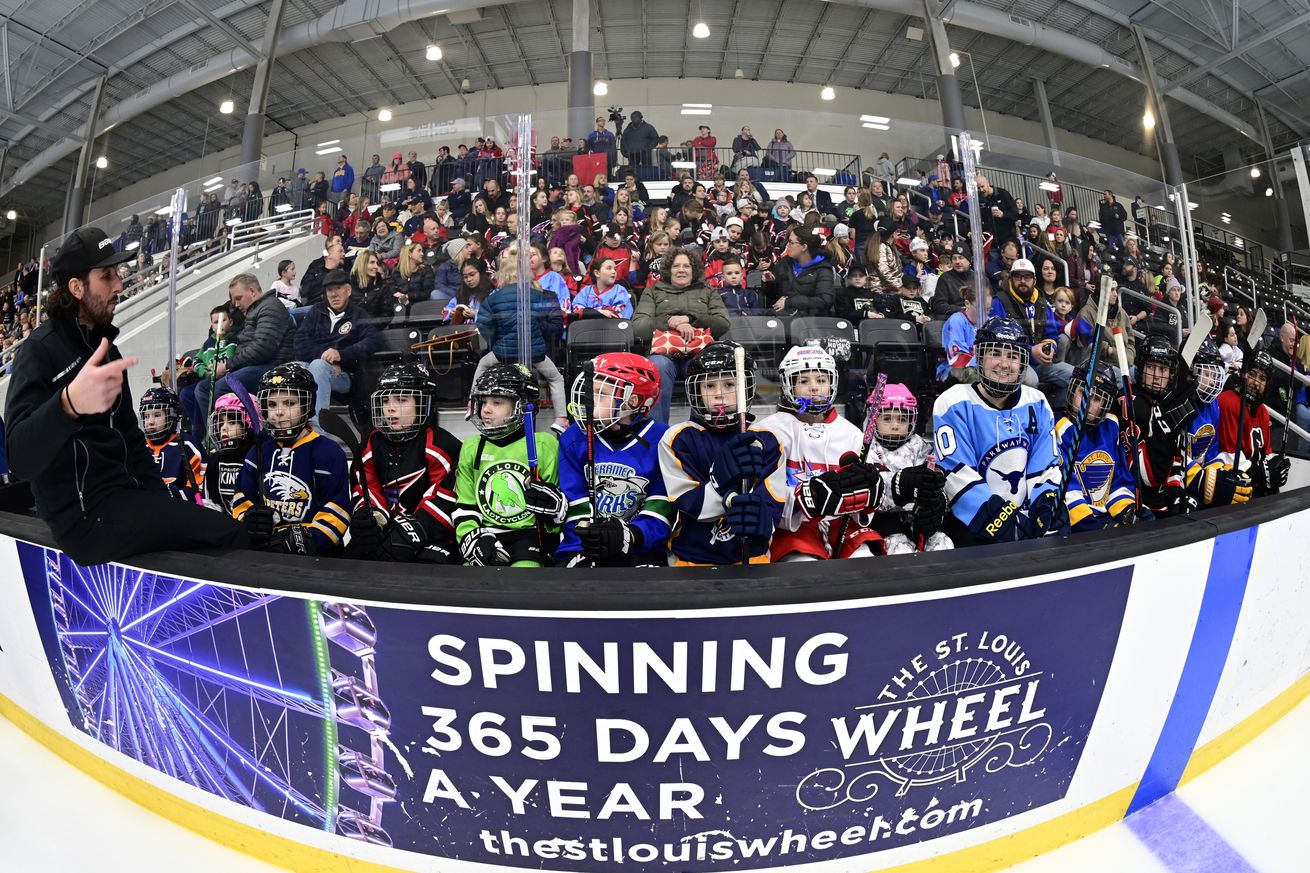 Will the NHL’s continued partnership with the women’s game help grow the sport?

The NHL and the St. Louis Blues put their money where their mouths are on Thursday afternoon by committing to invest in girls’ hockey in the St. Louis metro area. At a ceremony at the Centene Community Ice Center, the league, the Blues, and Bauer Hockey agreed to make a contribution in the growing youth hockey community in St. Louis by focusing on an underserved but enthusiastic niche: girls. U8 and U10 enrollment is higher than it ever has been, and the Blues have become one of 24 other NHL programs who sponsor and work with local girls’ and women’s hockey programs.

The last few seasons, the NHL has featured women during the NHL All-Star Skills competition, and their role has grown from official demonstrations of each of the skills (which, to be honest, smacked of them being glorified car models), to participants in events such as the fastest skater competition. Kendall Coyne Schofield gave the guys a run for their money with a time of 14.346, less than a second slower than the winner, Connor McDavid. Schofield got the opportunity because Nathan McKinnon was injured.

The year before that, Hilary Knight blew away the targets in the shot accuracy competition and could’ve finished third in the event. Her skill seemed to scare Bryan Boyle, with the veteran player saying “I’ve seen her play; I can’t match that.” He barely did, finishing 14 one thousandths of a second faster than Knight.

This year, the league extended the women’s exposure to a three-on-three game. Every other event of the night came with a $30,000 prize for the winning player; in the women’s game, the winning team, which wound up being the Canadians, was awarded the larger share of $100,000 for women’s hockey programs in their country. The participants saw no portion of that. In his pre-game press conference, while discussion the women’s game, NHL Commissioner Gary Bettman stated that the women were given honorariums for playing, so it wasn’t a free pass for the league.

It’s difficult to shake the feeling that it was all about playing for exposure, and that’s part of the problem and, in a round about way, part of the solution.

Being asked to contribute labor in exchange for a non-tangible thing isn’t payment for work, and playing hockey is as much these women’s jobs as it is for the men. Or, it would be, if players in the NHWL got paid more than $4,000 to $14,000 a season to put their bodies through strenuous training and gameplay. That salary, as well as revenue sharing and other perks, were gained after negotiations between the players’ union and the league. It is only good through the end of the 2019-2020 season, where it is more than likely going to have to be looked at again and refigured based on the financial position of the league.

I get it. Everyone gets it. The NWHL doesn’t draw NHL level fans or have NHL level cash. They can’t pay players remotely close to what NHL level pay is. The league could have more cash, though, if interest in the game grew and attendance increased.

This is the pickle. How do you take a game that obviously features players playing at a high level of skill and that generates a great deal of interest when showcased, and grow the sport to a sustainable level? Why is it that we have two teams, the United States and Canada, that are entangled in one of the best current international sports rivalries and fans don’t pay attention outside of Olympic years?

Why is it that people shrug off the medals and accomplishments of the women when they have worked trained as hard as the men?

It could be that women aren’t given the same considerations by higher ups within the sport that the men are. Women shouldn’t have to fight to get training time; they shouldn’t have to hop over the boards and tag along with a local U18 team to work out. Schofield believes that playing at the university level and the resources available there are as good as it gets for most women outside of training for the Olympics. There isn’t the current funding available in women’s professional hockey and local programs. Where should this funding come from?

Funding comes from interest, and interest comes from funding. It’s a Catch-22.

It doesn’t matter how much Schofield stresses that the women’s sport is just as entertaining as the men’s game. She wants people to “become a fan of the women’s game – it’s incredible.” She is right, and every year that the NHL doesn’t allow players to participate in the Olympics does the women’s teams a favor. The USA/Canada gold medal game in 2018 was easily one of the most entertaining and hard fought events in recent international play. Since NHL caliber men weren’t participating, the attention fell on the women.

That should be something that the women’s sport, through USA Hockey and Team Canada, should grab hold of. If you couple international play with increased promotion of the game during non-Olympic years you have a perfect method of marketing the game. Get the women out there, and not just by dropping pucks in the NHL arenas.

This SNL clip with Leslie Jones blew up on the internet the night it aired and kept growing.

Twitter was agog with the 3-on-3 last night, and for good reason. If you didn’t believe women could play before watching this, you damn well better believe it now.

The issue isn’t that women are as “good” as the men. The issue is that they should be respected as athletes in the same way. It’s a process, and the respect comes first. Hopefully then the funding follows, then comes more fans, which begets more funding.

How the women are being promoted may not be perfect – we didn’t need commentary on Knight’s shoes during the Shooting Stars competition – and I think that this is something that can be fixed with some time and just growing familiarity between the NHL and women players. The league seems to be on the right path. Canadian player Rebecca Johnson believed that the working relationship with the NHL is a “hopeful” one and that things were moving in the right direction. It appears that the game is growing with the league’s help. Better management at the upper echelons of the women’s game should piggyback marketing and promotion off of the success of what the NHL is doing.

It’s not going to change overnight, but if the fan reception to the game on Friday is any indication, growing the women’s sport is moving in the right direction.