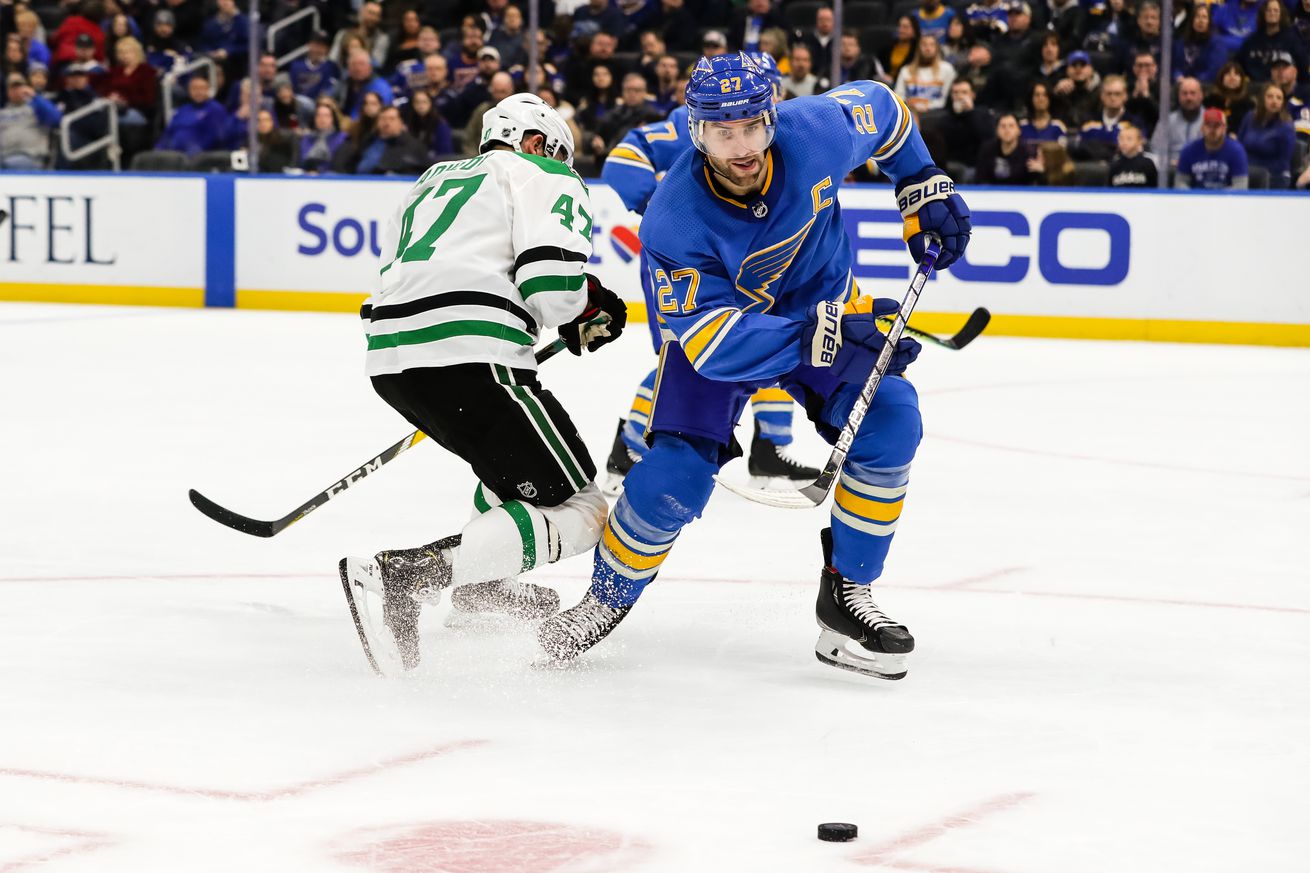 In an interview with the St. Louis Post-Dispatch’s Jim Thomas, Tom Stillman mentioned that the Blues were very, very close to becoming a NHL hub city. As always, the league had a good conversation with the team and were impressed with the proposed set-up for the four-city hub that the NHL was briefly considering.

“The staff people from the league like working with us,” Stillman said. “Chris Zimmerman and Steve Chapman — and everybody — has developed great working relations with the league.

“From doing the Winter Classic, the Stanley Cup playoff all the way to final, the All-Star Game — we work very well together,” Stillman said. “So that’s a real positive factor whenever they’re looking at something like that.”

At the end of the day, the league decided to streamline the playoff process by just hosting the games in two hub locations, one for each Conference. Instead of hosting six teams in downtown St. Louis, the city would’ve had to have hosted 12 teams in a playoff bubble that was close to the Enterprise Center. The downtown hotel situation wouldn’t’ve allowed for that, so unfortunately St. Louis was crossed off of the list.

Edmonton’s playoff bubble is a nice setup, with an events plaza and a Marriott practically attached to their new arena, Rogers Place. Two other large hotels are nearby. The way that the bubble has been created, the players will have a concentrated place for outdoor activities, food trucks, and several restaurants within the hotels. In St. Louis, Union Station would’ve been the top choice for hosting, and that may’ve been difficult with the aquarium and Ferris Wheel being public draws, even with improved safety measures due to COVID-19. The league may’ve had to choose downtown restaurants as “bubble restaurants” outside of the actual bubble, considering that Union Station has just the Grand Hall and the Station Grille – the Soda Fountain is also a public draw.

Logistically it may’ve been too much to deal with so many different entities scattered around downtown. As time passed, it may’ve just become more clear that keeping it simple is better, especially when you’re dealing with a quickly changing public health situation. Having four hub cities in different states could be a tough time if one of the cities is located in a sudden COVID-19 hotspot. How do you shut down one hub, or move guys to a new hub if needed? Will the travel cause them to have to quarantine? Would the league have to pause the whole playoff scenario while they deal with a situation like that?

What’s happening in MLB with the Miami Marlins’ outbreak of COVID is something that’s hard enough to deal with during a regular season; how badly would it go over if it ruined a league’s playoff format?

In the end, the NHL made a prudent decision to simplify the playoff hub locations down to just two, and then made an even more prudent decision to locate both hubs in Canada, which currently has a very low new case rate of the coronavirus. It limits disruptions and it limits the cause of the disruption.

It’s just a good decision for the league, and St. Louis’ hotels and restaurants lost out during a time where both are struggling. From a local business standpoint it’s unfortunate, but for the Blues it’s not. The NHL has shown over the years that they enjoy working with the Blues’ front office and the city, and St. Louis has done a tremendous job of supporting the team, the sport, and the league’s events. The Winter Classic and NHL All Star Game were well hosted and well attended, and the Stanley Cup Final and celebration parade were some of the biggest events in recent St. Louis history.

That St. Louis was in consideration as a hub city is something that more than likely wouldn’t’ve been a thing even five years ago. It’s always nice to be considered, but it isn’t a letdown in this case for the Blues to be passed over. There will be more opportunities to host events in the future, when we can all get together and have a good time.