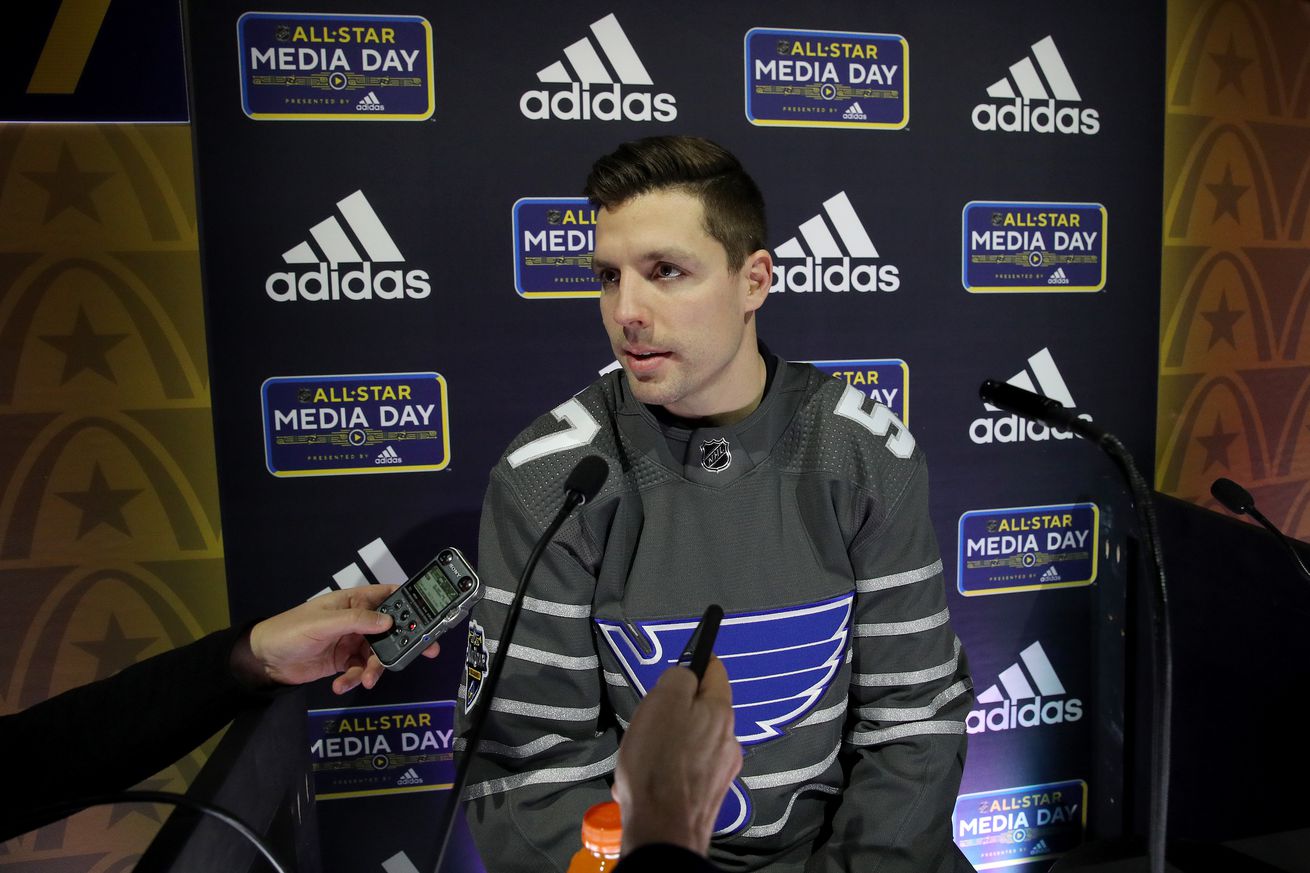 What events will the Blues play in?

Tonight at the media night, several players were asked about what events they were participating in for the All-Star Skills Competition on Saturday. They played very coy.

The most of a response anyone gave was Mark Giordano, who flat out said that he hoped that he was asked to participate in something slower than the fastest skater competition, like maybe the hardest shot competition. He gave his age as a caveat for the selection, and when you look at the line-ups for the event, maybe, just maybe, the league took him to heart.

Here are who we will see in the individual events tomorrow, as per the NHL. This may be subject to change as necessary.

Age is certainly a factor, as all of these guys are old enough to’ve actually been my students (Quinn Hughes, especially, reminded me of the job that I am currently away from as he is EIGHTEEN YEARS OLD and participating in a NHL All-Star Game).

You won’t believe this, but it’s the goalies:

The first Blue makes his appearance in the form of the captain (but not All-Star Captain), Alex Pietrangelo. Who wins this is anyone’s guess, because every participant is a hell of a shot.

Elite Women’s 3-on-3 presented by adidas™

Team Canada vs. Team USA – will they play nice? Probably not. That’s why that’s this is the best event for the evening.

For this fancy version of disc-golf accuracy, my money is handily on David Perron, though Tyler Seguin is a close second. All of this is contingent on whoever the American and Canadian representatives women’s representatives are. The ladies might not be in the fastest skater this year, but they could very well light the lamp in this skills comp event.

The 2020 NHL All-Star Skills competition airs at 7:00 Central on NBC Sports Network; pre-game begins at 5:00 on the NHL Network.