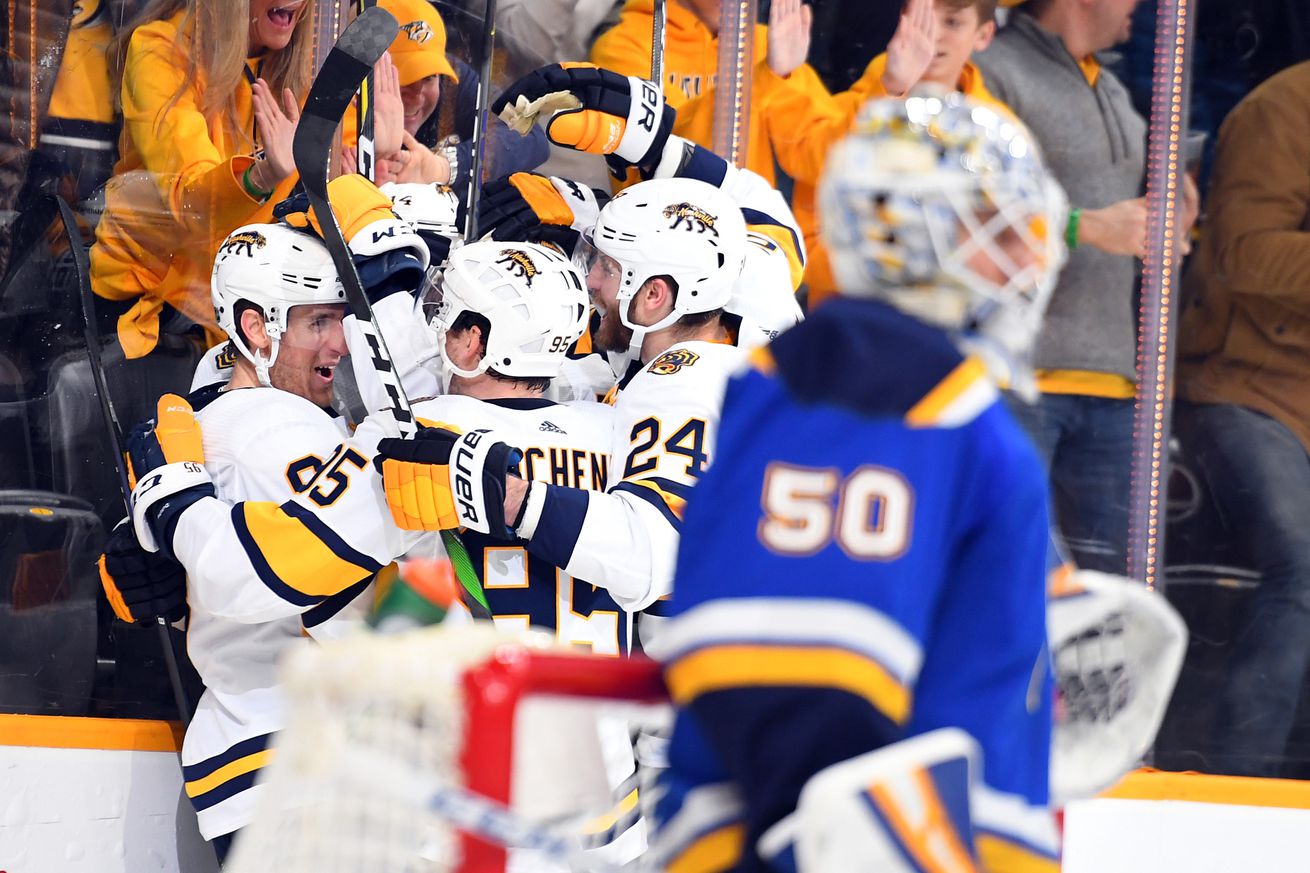 The Blues tend to play the Central well, but there’s an exception to every rule.

Much can be – and has been said about the Blues rivalry with the Chicago Blackhawks. With the Hawks’ recent struggles, the hatred is still there, but the on-ice product hasn’t felt the same. There are other teams in the Central who play the Blues tough, but the contempt isn’t quite there… yet.

The Blues biggest concern for the top of the division is the Colorado Avalanche, as Gabe discussed yesterday. The Avs are a threat to the West as a whole, but the’ve really emerged as of late to be a thorn in the Blues’ side. If The Avs beating the Blues in the final game of 2018, knocking St. Louis out of playoff contention isn’t enough to start some contempt, I don’t know what is. Granted, maybe Blues fans should be grateful to the Avs, since that was the catalyst for some Doug Armstrong off-season magic that won the Blues the Cup. Rivalries are complicated.

If you’re looking at head to head records in the Central Division, one team in particular stands out. Here’s how the Blues did this past shortened season against their fellow Central teams:

This season’s record against Nashville was a complete turn-around from the previous year, where the Blues went 4-0-1 against the Preds. Here’re the Blues’ records against the Central for 2018-2019:

2018-2019 was a wonky season for the Blues, obviously, which makes their records against the Avalanche and Preds so notable. As two of the Blues’ toughest divisional rivals, it makes sense that those two teams would step it up against the Blues after they won the Cup. The Blues ran roughshod over many teams in their division this past season, but Colorado was a speed bump.

And you know what? Good. While it’s ideal that the Blues win every single game, sometimes it’s a season series like this one that can make a team take another team more seriously. The Preds stepped it up against the Blues after St. Louis’ success. The Blues need to step it up against the Preds in return next season, and they know it.

If there’s something that spearheads a rivalry, it’s a threat and countering it in return. Blues and Preds fans have been itching for an on-ice back and forth that matches the Twitter exchanges that pop up. It’s fun to troll the Preds about banners, but it’s far more fun when the rivalry is on the ice, not just on social media.