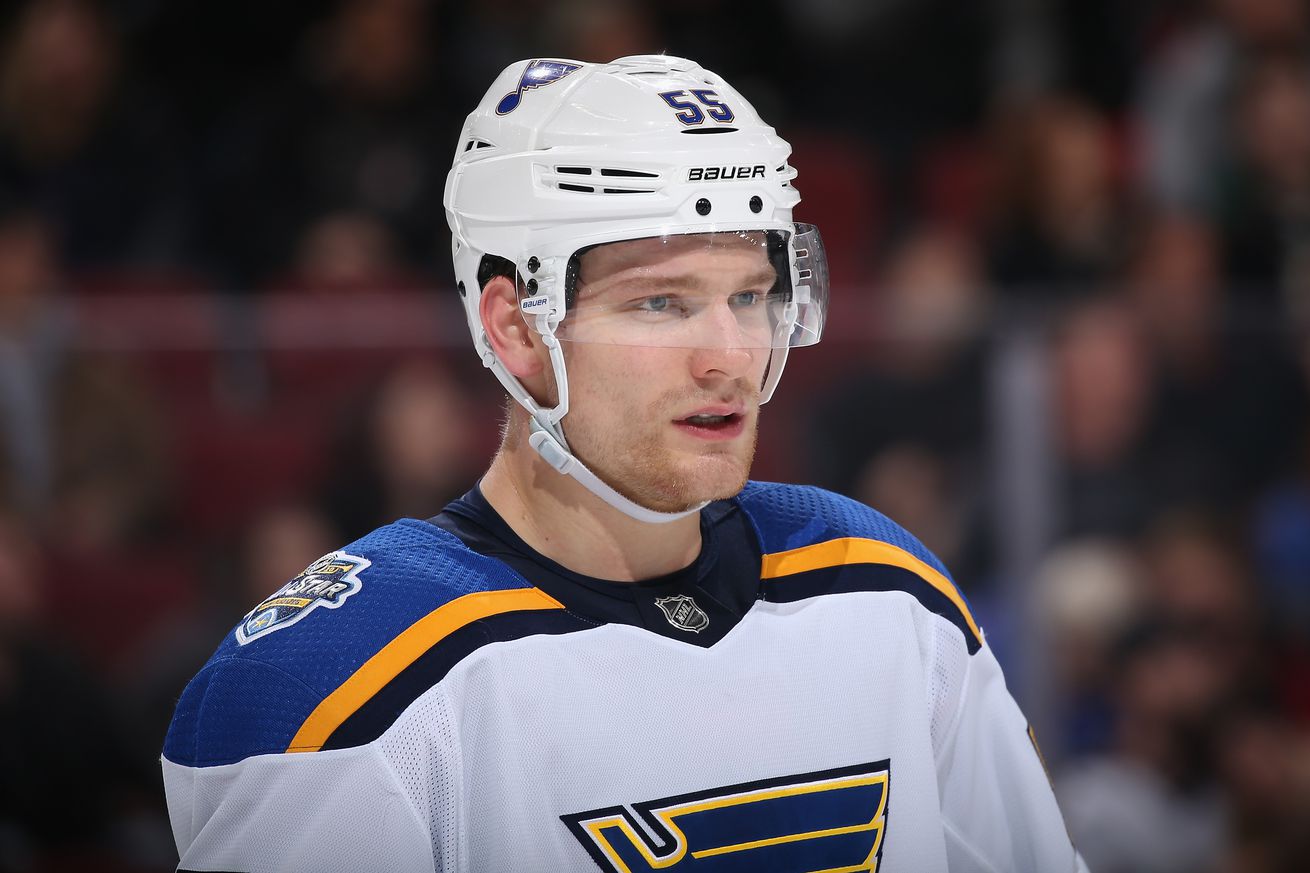 The All-Star break is officially over today for the Blues, as they’ve flown out to Vancouver for their game against the Canucks tomorrow night. The team is going to be without one new old addition in Troy Brouwer, who has been placed on waivers to clear roster space.

Parayko will be in the lineup Monday, per Berube. Blais may play tomorrow, but barring a setback will play at some point during the trip. And as you may have seen, Troy Brouwer was placed on waivers.

While it’s sad to see Brouwer go, it’s more than likely probable that Brouwer was aware of the deal when he signed up for his PTO. If you read the blurb before the Brouwer news, you may have noticed the return of two key members of the team.

Blais will either be in tomorrow night, Tuesday against Calgary, or Friday against the Oilers. He’s been out since sustaining a right wrist injury in the Blues’ 3-1 victory against the Tampa Bay Lightning on November 19th. Surgery put him out for ten weeks, so he’s right back on schedule for a return.

Colton Parayko also has been activated off of the IR. He’s missed the last seven games since being injured in the Blues January 2nd 7-3 loss to the Colorado Avalanche. He has two goals and 11 assists in 42 games. The Blues won four of the seven games sans Parayko and snagged points in two other overtime losses, but the defenseman’s return is welcome nonetheless.