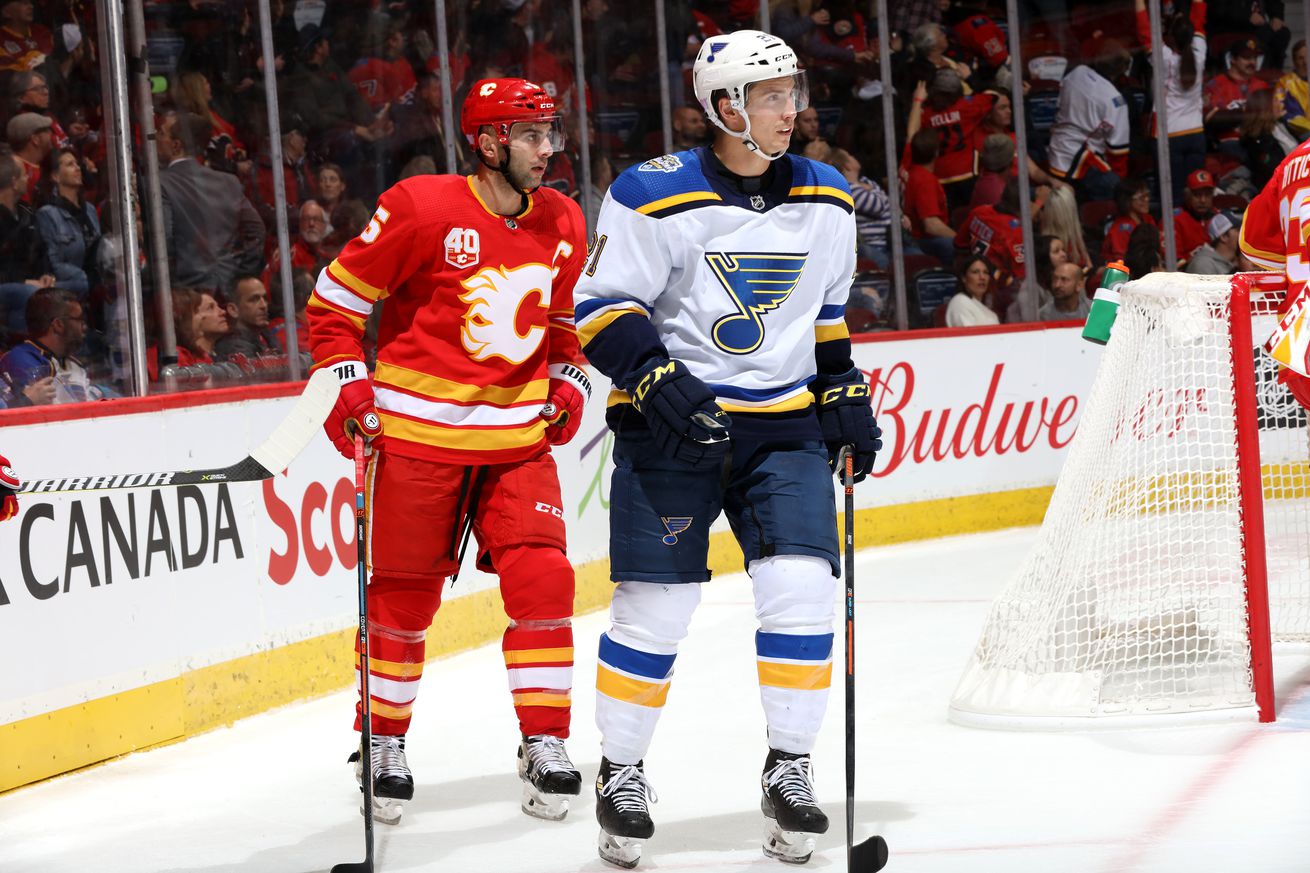 The Blues are winless in their last three.

The Blues, despite an early goal from Zach Sanford, fell 3-1 last night in Vancouver. The Canucks were one of the league’s hottest teams going into the All-Star break, and it doesn’t look like things are changing anytime soon after the break. Canucks goaltender Thatcher Demko and his defense had a solid game, blocking 23 shots and making 36 saves. It’s not that the Blues lost because of lack of trying; sometimes, you just lose one.

The Blues would like the losing to stop tonight in Calgary. They’re 0-2-1 in their last three and their Central Division lead is down to six points. Being 4-4-2 isn’t the way to add to a lead, especially when the Colorado Avalanche have a bye week this week and the third place Dallas Stars don’t.

The last time that the Calgary Flames played, it was January 18th and they lost 5-2 to the Ottawa Senators. Their scoring hasn’t been strong lately and there’s a good chance that the Blues might be able to pounce on a rusty Calgary team. They can’t sleep on the Flames, though. Calgary’s won six of their last eight, and rust only hangs around for so long.

The Blues are riding a three win streak against the Flames, but Calgary has some extra motivation tonight. They’re mired in a four way tie, being tied with Arizona, Edmonton, and Vegas at 57 points each. The Pacific Division north of California is an absolutely log-jam, and Calgary will do just about anything to get out of it alive.