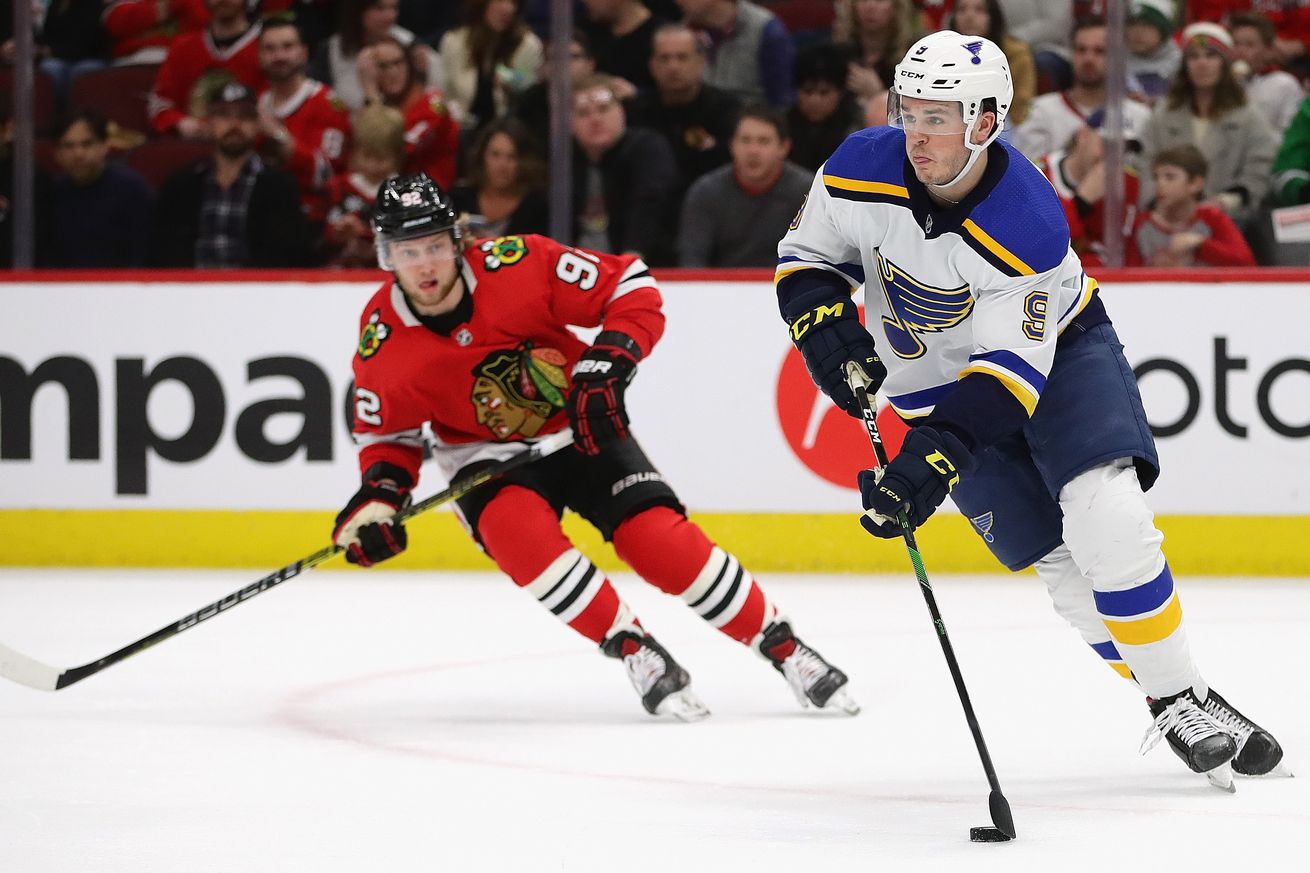 Blues hockey is finally back.

After waiting over four months, hockey is finally back. Last night, the Penguins and Flyers, Leafs and Habs, and Oilers and Flames held their exhibition games. Today, the Lightning and Panthers, Avalanche and Wild, Hurricanes and Capitals, Blues and Blackhawks, Islanders and Rangers, and Canucks and Jets all play theirs.

In the Central Time Zone, NHL hockey begins today at 11:00 and doesn’t stop until close to midnight. If you’re working from home or off today, prepare yourself for a hockey coma. We haven’t seen the sport since March; why not get our fix all at once?

Of course, yesterday’s games, today’s games, and tomorrow’s games are just exhibition opportunities for teams to get their sea legs back. The real playoffs don’t start until this weekend. Today’s game between the Blues and Blackhawks is only for fun. It doesn’t mean anything, really, but for a lot of hockey fans seeing these two teams back on their TVs means the world.

There’s been uncertainty about the restart of the season, but the NHL may not have the problems that the NBA and MLB are having. The NHL’s two bubbles are tighter with less people in each than the NBA’s. MLB doesn’t even have a bubble, and now the Miami Marlins are playing the part of baseball’s Typhoid Mary. The NHL’s two bubbles are in an even bigger bubble itself: Canada, who had only 696 reported new cases on Monday; Alberta added just 80 cases yesterday. The city’s response to the pandemic is one of the reasons the NHL finally settled into holding games at Rogers Place.

The set up in Edmonton is the same as what we saw yesterday in Toronto. Arena noise? Yes. Cardboard cutouts in the stands emphasizing the abnormality and surrealism of all of this? None to be seen:

Our home away from home right now. #stlblues pic.twitter.com/YTo6INZ4fo

The Blues and Blackhawks come into today’s game with fully healthy rosters. Corey Crawford, who had COVID-19 and could not participate in camp with the team, is back, though the Hawks’ goalie choice for today is TBD right now. The Blues, of course, will be getting a fully healthy Vladimir Tarasenko back. If you were on the fence about watching today (which, if you are, why?), then the thought of seeing Tarasenko for the first time since October should make your mind up for you.

Today’s puck drop is an early 5:30 affair. After this, the Blues begin the round-robin on Sunday against the Avalanche, and the Hawks go on to their five-game play-in series against the Oilers.

Enjoy the exhibition; the real fun is yet to come.