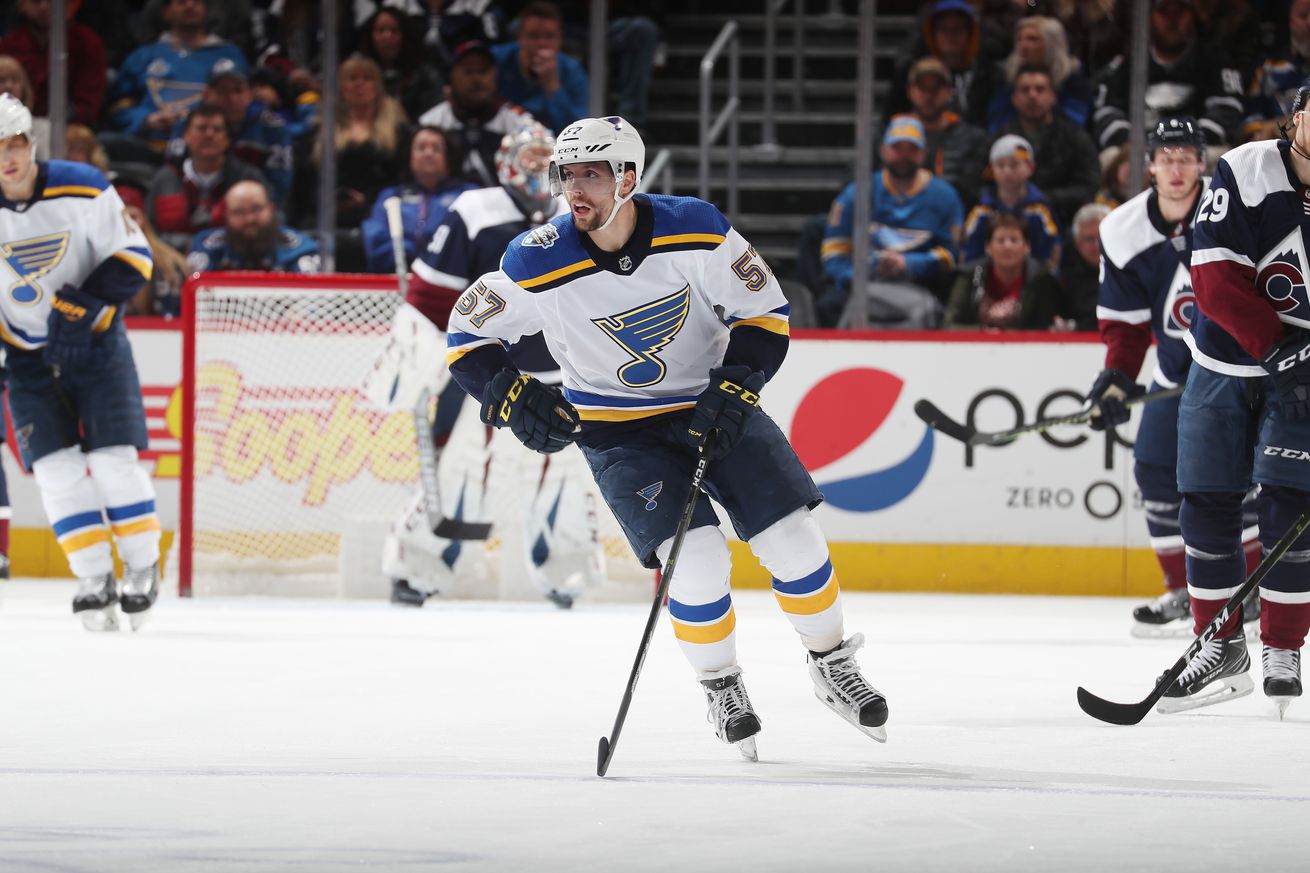 Carl Gunnarsson sneaks back into the lineup this afternoon.

The Blues have a matinee game today in Colorado, their last game before their bye week and the All-Star break. Their four game winning streak is dead at the hands of the Philadelphia Flyers, lost in a game where the Blues fell behind 3-1 before coming back to lose in OT.

All-Star David Perron can’t save them every time.

The Blues are still riding a five game point streak, though, and are still ten points up on the second-place Avs. The Avalanche have been fighting off the Dallas Stars for second in the division, and somehow after a 3-4-3 stretch, still hold onto the position. The Avs are dangerous at home (or anywhere – their +31 goal differential is division best), and we’re not even going to mention what happened the last time the Blues were in Colorado.

The loss to the Flyers has opened a window for Carl Gunnarsson, who is returning tonight.

A win puts the Blues 12 points up on Colorado. Not bad.

This is your GameDay Thread. Comment like you want to see 70 points before the evening is through.