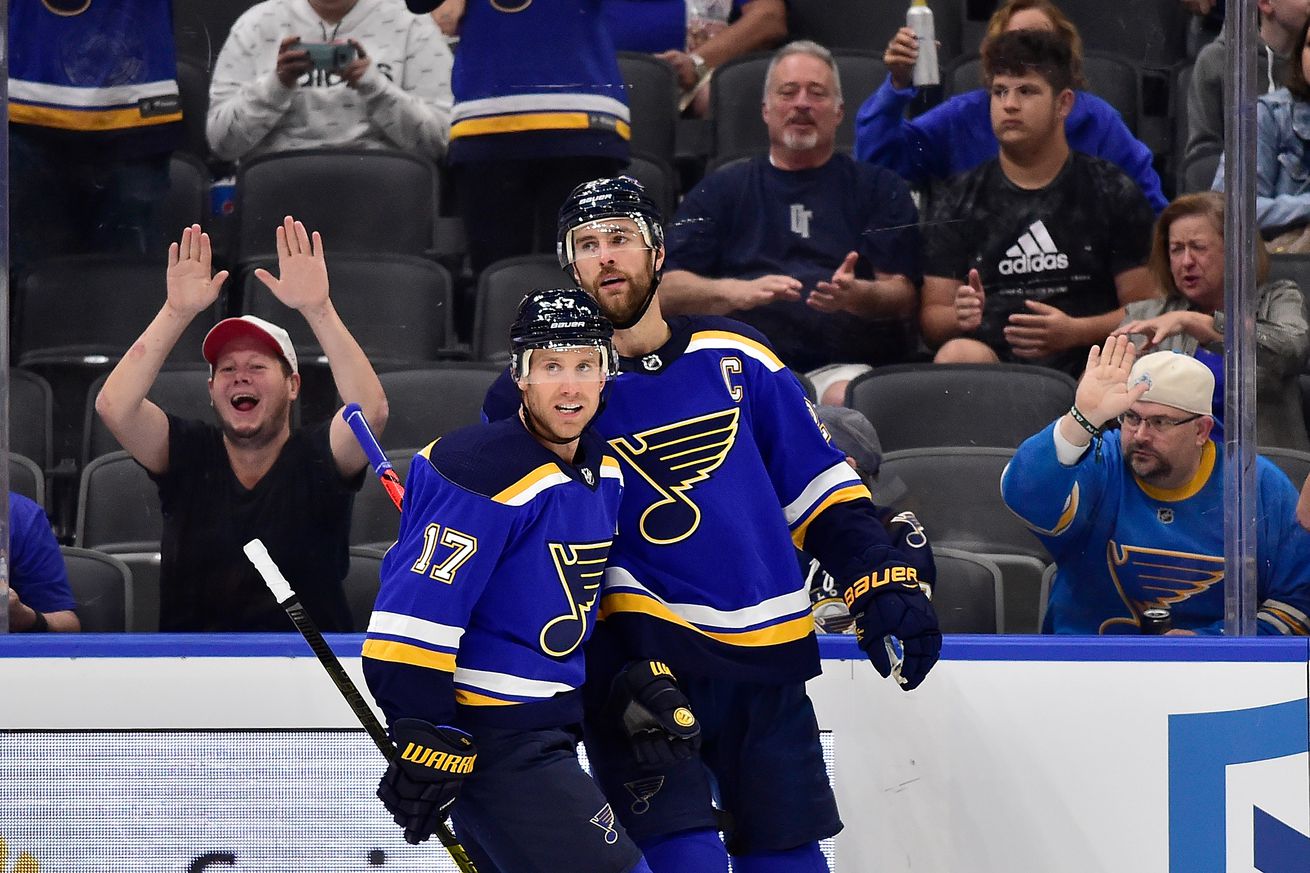 For some people, the question in the headline produces an easy answer. Alex Pietrangelo or Jaden Schwartz? For others, maybe not.

This isn’t a click bait article engineered to get local hockey fans to throw a beer bottle at their computer screen; it’s something that should produce a conversation. I haven’t checked, but I am sure pretty that’s still okay.

In a Covid-stricken world, the NHL won’t be adjusting their salary cap this season, or quite possibly the next few seasons. More importantly, it’s not going up anytime soon. It’s not budging from the center point between $81 and 82 million, so St. Louis Blues General Manager Doug Armstrong is going to have to pull some more tricks out of his pocket to pull this off.

How do you give Pietrangelo a raise without an increase in the cap? The uneasy answer is you cut talent. The kind of talent that most people won’t want to lose. Keep in mind the current team is Stanley Cup-caliber and can contend for one or two more Cups right now. There’s no doubt in those words. If hockey comes back this year, the Blues are a lock to defend the Western Conference once again. Few teams can keep up with them in a home and away series, much less an extended series in the playoffs.

So, Armstrong must tread lightly here and try to maintain the core of this Cup contender without blowing up the bridge entirely. But since the economic status of this country is in the dumps, with restaurants and businesses trying to even stay open, it’s a struggle for every kind of operation. Taking fan emotion away, the NHL is a business and right now, business isn’t booming.

Right now, the cap space for the 2020-21 season is a hair over $2 million. Pietrangelo’s cap hit this year is $6.5 million, and you can cancel the idea of a couple million being enough of a raise for one of the best defensemen in the league. Most NHL analysts have the price dropping in between $9-11 million per season with a length reaching at least six seasons but preferably 8-9 seasons.

And let’s face it, Pietrangelo is the most intangible piece on this team. If you think otherwise, we need to talk. With no disrespect to Vladimir Tarasenko or Ryan O’Reilly, “Petro” gives you the minutes, goals, points, and leadership that a lot of players just can’t. It’s a lethal dose for other teams to face up to for 60 minutes. You could say Colton Parayko will step into Pietrangelo’s role, but I have a question for you: who takes over for Parayko? That’s the backup question few are ready for. Once again, this team is ready to take another run next year if they can strike that balance with payroll and vital talent.

So you have to ask yourself, which player is more important in winning another Stanley Cup? When he’s on, Schwartz can impact a game on both ends of the ice. He can lace up and put up 25 goals with plenty of assists and a tenacity that helps him stand out. The motor on Schwartz is a huge asset to a team like the Blues, who mix and match their lines, cycling in younger talent with the more savvy veterans. In just 71 games this year, Schwartz has 22 goals and 57 points. He plays around 18:30 minutes per game and isn’t the injury liability fans seem to think he is. In six of his eight seasons, Schwartz has played in at least 62 games.

He came alive in the playoffs as well, carrying the team across the early traffic in Winnipeg. Schwartz is a lightning plug for a team in need of a multi-faceted attack in each zone.

But, for my consideration, I think you’d have a hard time replacing Pietrangelo than you would Schwartz. Think about how the Blues attack. Puck control and defensively-driven, this team needs a stout blue line. A forward who can turn it on and produce 60 points isn’t indispensable. With guys like Jordan Kyrou and Klim Kostin needing more than fourth line work real soon, you could find a Schwartz in one of your homegrown talents or in a few years when there’s an opening in the payroll and the league bumps back to normal.

You can tell me trading Jake Allen is enough, but I don’t believe it. Vince Dunn is going to need a contract soon. Allen going isn’t enough or it would have already happened by now. I could tell you a team shouldn’t employ a backup making $4 million-plus, but Armstrong doesn’t seem ready to simply pack Allen away just yet.

Tyler Bozak is a good hockey player, but do you really think the Blues can find a taker for his contract, which has a $5 million cap hit next season? Not so fast. It would be great if Alexander Steen would retire, but I don’t think he’s going to do that. The NHL would have to allow the Blues to buy Steen out of his final year, and that won’t be easy either. These theories are where too many bets start to hedge.

Justin Faulk could be made available for Seattle, but that’s down the road. The predicament is the 2020-21 season. The Blues are on the books for just around $47 million for the following season. But at that time, Jordan Binnington is coming up for a new salary. The Blues don’t have a starting goalie signed for the 2021-22 season at the moment, unless his name is Ville Husso.

Armstrong also has to confront the fact that if you aren’t 100% sure that your future includes Schwartz past his current contract, it’s probably best to deal him. He could help the Blues contend next year, but what if it comes without Pietrangelo? Are you game for that?

That’s the dilemma I think Armstrong will face this summer. Whether or not the season is finished, he has to dive down the rabbit hole that centers around keeping the anchor of his blue line for the foreseeable future, or have a plan of action in place for handling a Post-Petro world in St. Louis.

One of these players will be very hard to replace. I think it’s the Captain. What’s your pick?